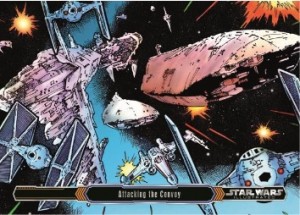 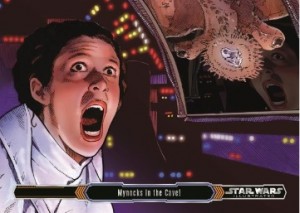 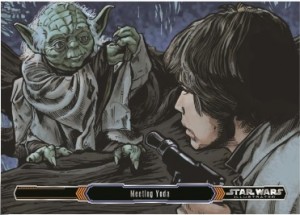 The base set contains 100 cards that retells the story of The Empire Strike Back. Base cards have three levels of parallels (Purple, Bronze and Gold). There are 15 One Year Earlier insert cards that illustrate what happened in the year leading up to The Empire Strikes Back. Movie Poster Artist Reinterpretations feature new artistic takes on the movie poster for Empire. Embosses Carbonite Character Inserts feature eight foil cards that recreates a scene from the radio drama. The Mission: Capture Luke Skywalker is a s12-card set that retells an important mission in Empire Strikes Back. 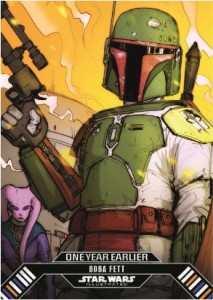 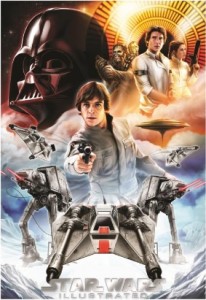 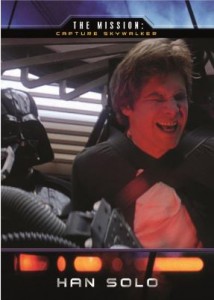 Topps also included several unique hit cards. Panorama Sketch Cards are booklet cards featuring original, hand-drawn Star Wars artwork. Film Cell Relics cards contain a 35mm film cell of the movie release. Artist Autograph feature parallels of the base cards with the signature of the artist who designed it. Autographs of the actors from both the Star Wars film and radio drama are available on Sketchograph cards. There are also Printing Plate parallels for the base and insert cards. 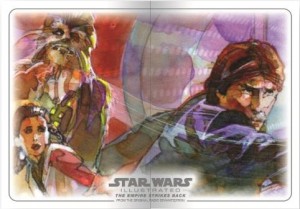 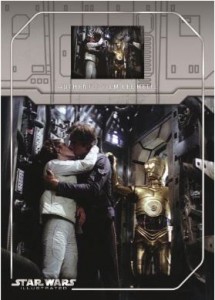 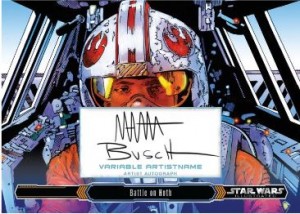 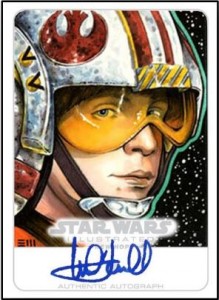 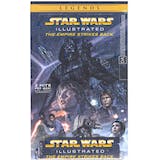 Dave and Adam's is one of the largest sellers of trading cards and collectibles in the world. Located just outside of Buffalo NY, the company operates two retail stores as well as the e-commerce website www.dacardworld.com
View all posts by Dave and Adam's Card World →
Panini Country Music preview
Dave & Adam’s is Buckeye State bound for Ohio Comic Con