By Dave and Adam's Card World on March 8, 2016 in Entertainment Card News and New Products, Topps 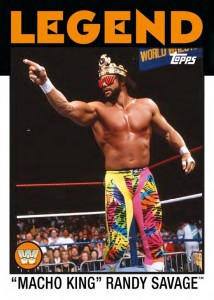 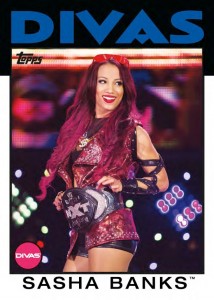 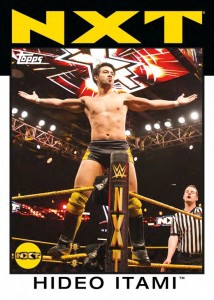 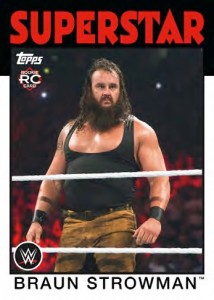 The base set for 2016 Heritage features 110 cards that highlight the top WWE Superstars and Divas as well as promising talent from NXT and WWE Legends. Base cards have five levels of parallels: Bronze (99 per subject), Silver (hobby exclusive, 50 per subject), Blue (25 per subject), Gold (10 per subject) and Red (one per subject).

Complimenting the base set are three sets of inserts that take a look back on the history of the WWE and its formal rival promotion World Championship Wrestling (WCW). WCW/nWo All-Stars salutes 40 great WCW wrestlers, including members of the New World Order (nWo) faction that helped WCW challenge WWE for TV ratings during the “Monday Night Wars” in the late 1990s. Turn Back the Clock features 30 reprinted cards from WWE and WCW trading card sets produced by Topps and Merlin from 1985 to 1999. Record Breakers highlights 30 record-breaking accomplishments by WWE and WCW wrestlers. Each insert set lands one per pack. 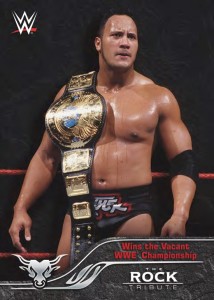 2016 Heritage will also include 10 cards from the 40-card The Rock Tribute set that has been spread across Topps’s 2016 WWE products. 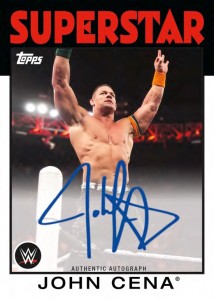 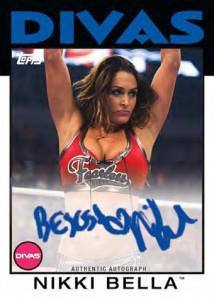 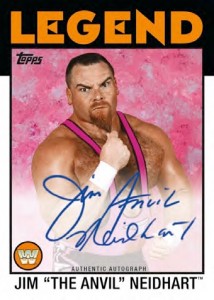 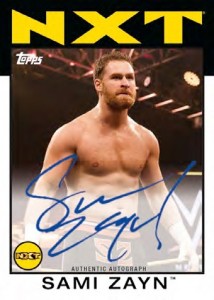 Autograph content features signed cards from many of current and former WWE Superstars that appear in the base set. There are 99 autograph cards per subject plus 50 hobby-exclusive Silver parallels. Look for dual autograph cards with a pair of wrestler signatures. 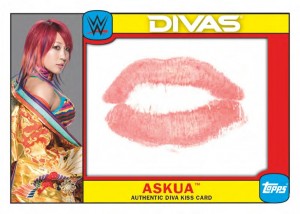 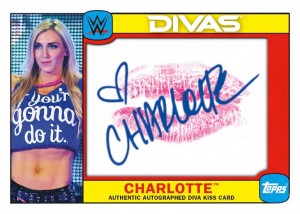 Divas Kiss cards also make an appearance, but they are printed on Heritage card stock for the very first time. There both signed and unsigned versions of Kiss cards. 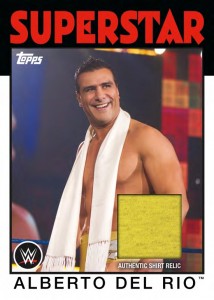 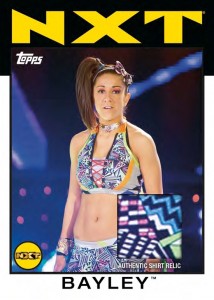 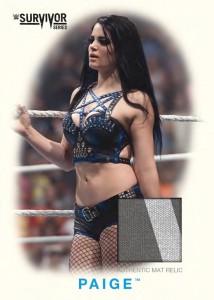 Relic cards in Heritage also use the 1986 Topps Baseball design and include a piece of event-worn clothing. Additional relic hits feature pieces of wrestling mat from Survivor Series 2015 and WWE NXT University of Central Florida Special. Relic cards have parallel versions to collect as well. 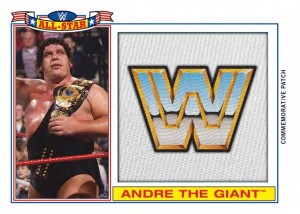 There are six types of Commemorative Patch Cards featuring manufactured logo patches from current and former promotions owned by WWE. There are logo patches for WWE, WCW, ECW and NXT plus a WWE Legends and nWo patches. There are five different cards for each patch.

Dave and Adam's is one of the largest sellers of trading cards and collectibles in the world. Located just outside of Buffalo NY, the company operates two retail stores as well as the e-commerce website www.dacardworld.com
View all posts by Dave and Adam's Card World →
Peyton Manning retires from football
2016 Topps Triple Threads Baseball preview