Kris Bryant is no stranger to baseball collectors. The former college baseball player of the year and Baseball America minor league player of the year has been one of the hottest names in the hobby for the past couple seasons. Bryant had a sensational Spring Training where he hit .425 with nine home runs. He started the season in the minors, but an injury Mike Olt has opened a spot in the Cubs’ starting order for the 23-year-old Bryant. 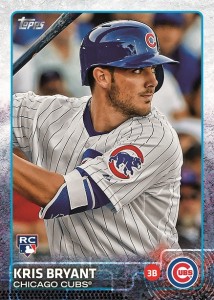 With Bryant added to the Cubs roster that means we will see his official MLB rookie card later this season. We have confirmed with Topps that Kris Bryant rookie cards will appear in 2015 Topps Finest, 2015 Topps Baseball Series 2 and 2015 Topps Archives Baseball. Dave & Adam’s is currently taking presells on Finest and Series 2.

Dave & Adam’s currently has some great deals on select baseball products that have some early Kris Bryant cards. 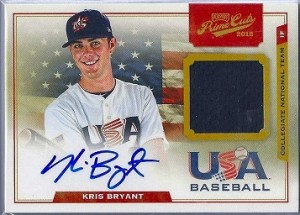 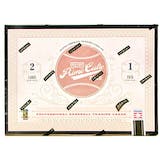 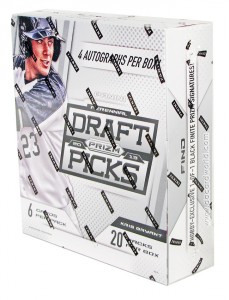 Bryant’s picture graced the box art for 2013 Panini Prizm Perennial Draft Picks. There are plenty of ways to find a card of his in this set with base cards, Prizm parallels and autographs. Each box contains four autos, including the chance to find Jose Abreu autographs. 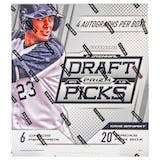 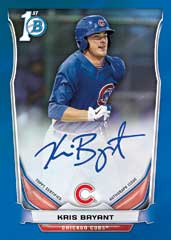 Bryant’s 2014 Bowman Chrome prospect autograph is the holy grail of auto cards for the Cubs third baseman. Numbered Refractor parallel versions of this card have a book value of $1,000 or more and resell much higher than that in the secondary market. Hobby boxes come will two autographs cards. 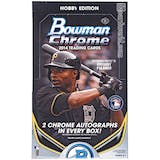