First place teams is the theme for this week’s Dave & Adam’s “Leaders of the Pack”. All three players play for teams that either took the lead in their respective division or remained on top. We have one quarterback that defeated a familiar foe once again, a running back that helped his team do something they haven’t done in 18 years and a wideout that had a career day.

Beating the Buffalo Bills is something that comes natural to Tom Brady. Brady improved his career record against the Bills to 23-2 with 37-22 victory on Sunday. He also became the fifth quarterback in NFL history to throw for more than 300 yards in 60 or more games with 361 yards passing in the win. Brady also tossed four touchdowns, including 56-yarder to Brandon LaFell late in the fourth quarter to seal the game. The win helped the Patriots take over sole possession of first place in the AFC East.

Be sure to check out the selection of Tom Brady merchandise here at DA CardWorld (no Uggs, though). We carry autographed jerseys and helmets and even a couple rookie cards from 2000. With Brady now playing in his 15th season it might be time to stock up before he retires.

The Philadelphia Eagles earned their first shutout in 18 years as they blanked the New York Giants 27-0 on Sunday night. LeSean McCoy led the ground effort for the Eagles with a season-high 149 yards. He also had impressive 6.8 yards per carry on 22 rushes. McCoy has carried the ball 116 times this season, which is second most in the NFL behind DeMarco Murray. The win helped the Eagles stay tied with the Cowboys for first place in the NFC East.

McCoy has become one of the NFL’s premier running backs since being drafted back in 2009 and taking over for Brian Westbrook in Philly. Dave & Adam’s has several McCoy rookie cards available, including a 2009 Topps Finest Football Refractor Rookie Letter autograph. You can find more rookie hits in other 2009 football products. 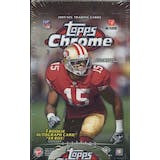 The Indianapolis Colts are flying high after starting the season 0-2. The Colts have now won four-straight and have taken over first place in the AFC South following Sunday’s 33-28 win over the Houston Texans. T.Y. Hilton earned “Leader of the Pack” honors for his 223-yard performance in the victory, which was a career-high. Hilton caught nine passes including his first touchdown of the season. He ranks fourth in the NFL with 604 receiving yards.

T.Y. Hilton was drafted in the third round from Florida International back in 2012. Dave & Adam’s currently has some great deals on 2012 football products if you’re looking to collect a Hilton rookie card, or his quarterback Andrew Luck.

Dave and Adam's is one of the largest sellers of trading cards and collectibles in the world. Located just outside of Buffalo NY, the company operates two retail stores as well as the e-commerce website www.dacardworld.com
View all posts by Dave and Adam's Card World →
High Grade CGC Comic Purchase at New York Comic Con!
DA Cardworld launches 2014 Hit Parade Series 3 Football