By Dave and Adam's Card World on November 9, 2015 in Sports Blogs

We have the hit halfway point of the NFL season, and it seems like you can already separate the field of postseason contenders from the pretenders. For the first time ever we have three teams that are 8-0, and then you have a few more teams that appear to be good based on their records (Packers, Broncos, Vikings, Falcons, Cardinals) and there are the other 24 or so teams that are in a mix of mediocrity.

Mariota’s rookie year was briefly derailed by an injury, but it looked to be on track on Sunday as he led the Titans to a come-from-behind overtime win over the New Orleans Saints. He played a near-perfect game with no sacks or interceptions to go along with his four touchdowns as he become the first rookie QB to accomplish that and pass for 350 yards in a single game. The final TD pass was a game-winning five-yard toss to Anthony Fasano in overtime. It also provided a positive end to a long week for the Titans after they fired head coach Ken Whisenhunt and replaced him with Mike Mularkey.

Mariota has plenty of the competition in the Rookie of the Year race with Amari Cooper, Todd Gurley and Jameis Winston all performing this year. But, it’s Mariota that appears to be the biggest seller with collectors this season. Be sure to pick up some boxes of 2015 football products to find cards of all the top players from this year’s talented crop of rookies.

Williams has been the “super sub” in the absence of Le’Veon Bell for the Steelers this season. He performed well during Bell’s suspension at the beginning of the year, and he came up big yesterday as Bell sat out with an injury.  Williams was one half of an offensive attack that helped Pittsburgh come out on top in a 38-35 shootout with the Oakland Raiders. He became the oldest player since 1966 to run for 150 yards and two touchdowns in a single game. The win kept the Steelers in the driver’s seat of the crowded AFC Wild Card race.

We have a selection of single cards featuring Williams from his days with the Carolina Panthers or check out our inventory of boxes from 2006 to find his rookie cards. 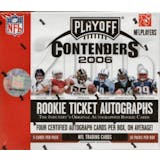 Brown was the other half of the Steelers offensive assault on Sunday.  He set a franchise record with his 284-yard performance on Sunday. Brown has already eclipsed the 1,000-yard mark for the season, and he is one pace for more than 1,700. While he never found the end zone Brown was still a big factor in helping Pittsburgh move the ball downfield, including on a 57-yard reception late in the game that set up the game-winning field goal.

Brown has gone from 2010 sixth round draft pick from Central Michigan to an elite NFL receiver. Look for his rookie cards in select 2010 football boxes. 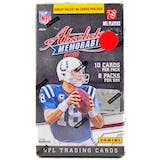 Dave and Adam's is one of the largest sellers of trading cards and collectibles in the world. Located just outside of Buffalo NY, the company operates two retail stores as well as the e-commerce website www.dacardworld.com
View all posts by Dave and Adam's Card World →
11/6 FNM Recap – Abzan In All Formats
2016 Topps Major League Soccer preview