Last week we opened the “Leaders of The Pack” post with a comment on how many close games there were in Week 6. Week 7 felt like the complete opposite as there were a handful of lopsided games. A few of those games did get a little closer by the end, but it was too little, too late for those teams.

Tannehill and the Dolphins needed only one half to put a whooping on the Houston Texans. The only thing that came down harder on the Texans was the rainstorm that happened during the first quarter. Tannehill threw all four of his touchdown passes in the first half as Miami ran out a 41-0 lead. Three of those TD passes came on plays of 50 yards or more, which made Tannehill the first QB since Randall Cunningham in 1998 to throw three TDs of 50+ yards in a first half. He also completed his first 18 pass attempts of the game. Miami has now won both games since Joe Philbin was fired as head coach and Dan Campbell was named interim coach.

Now in his fourth NFL season, Tannehill is looking to improve on his career year in 2014 that saw him throw for over 4,000 yards. Dave & Adam’s has a selection of Tannehill rookie cards from 2012 or you can check our selection of unopened boxes to find your own. 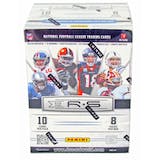 Miller also bruised the Texans defense in the first half with all of his 175 yards coming in the first 30 minutes of the game. Nearly half of those yards came on one play as he busted off an 85-yard touchdown run late in the second quarter. Miller was also on the receiving end of a 54-yard touchdown pass from Tannehill. It was the second biggest rushing game of his career, just three yards shy of the 178 yards he put up against the Jets in Week 17 of last year.

Miller and Tannehill were both drafted by the Dolphins during the 2012 draft. We currently have a Tannehill/Miller one-of-one dual rookie patch auto from 2012 Topps Strata Football in stock.

The Raiders were another team involved in one of those one-sided affairs. Oakland marched out to a 37-6 lead over the San Diego Chargers before giving up three garbage time touchdowns. Cooper’s 52-yard touchdown catch  late in the second quarter made the game 30-3. He has racked up over 100 yards in three of his first six NFL games, and is an early rookie of the year favorite.

Cooper was the fourth overall selection in this year’s draft. He was already one of the highly anticipated players in this year’s rookie class, and his performance to date should drive up demand for Cooper’s rookie cards. He’s widely available in 2015 football releases.

Dave and Adam's is one of the largest sellers of trading cards and collectibles in the world. Located just outside of Buffalo NY, the company operates two retail stores as well as the e-commerce website www.dacardworld.com
View all posts by Dave and Adam's Card World →
2015-16 Panini Gold Standard Basketball preview
Upper Deck publishes checklist for 2015-16 Series 1 Hockey