It was a wild Week 6 in the NFL. The trio of late games on Sunday afternoon provided enough drama on their own with Carolina’s come from behind win on the road at Seattle to remain unbeaten, Green Bay also remained undefeated with a late goal line stand against San Diego and the 49ers fended off a challenge from the struggling Ravens. Let’s took a look at what individual performance were good enough to earn “Leaders of The Pack” honors for this week.

Stafford returned to his familiar form on Sunday as he helped the Lions get their first win of the season. Detroit beat the Chicago Bears 37-34 in a shootout that saw both teams trade the lead back-and-forth before Robbie Gould sent the game to overtime with a last second field goal. It was Stafford’s first 400-yard passing performance in nearly two years (10/27/13 vs. Dal), and it had been two years since he threw for four touchdowns in a game (10/13/13 vs. Cle). He was able to hook up with his favorite target, Calvin Johnson, six times for 166 yards and a touchdown.

While we tend to favor winning performances in LOTP, we can’t ignore the job Rivers did in trying to beat the undefeated Packers at Lambeau Field. Rivers rewrote the Chargers record book as he set new team marks in attempts, completions and yards. The 43 completions was also the most by a quarterback in a losing performance. Rivers came up one completion short in the end as the Packers denied a game-tying touchdown with a fourth down goal line stand in the closing seconds of regulation. Rivers could’ve tied the game himself two plays before that as well. He had a wide open lane to run to the end zone from about five yards out, but was locked in on Antonio Gates and threw an incomplete pass. It was still an impressive effort as the Chargers battled back from being down two touchdowns to have a shot to tie the game.

Rivers is a part of the memorable 2004 quarterback class that also brought us Eli Manning and Ben Roethlisberger. We have a few boxes of 2004 products remaining plus some Rivers single cards in stock. 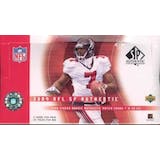 Ivory racks up another LOTP honor for his third of the season. He has been the workhorse for the Jets offense as they have surprised the NFL with their 4-1 start this season. New York trailed at halftime 13-10, but responded with 24-straight points in the second half to get the victory.

Ivory looks to be on track for a career season with the Jets. That’s pretty impressive for an undrafted free agent that finished his college career at Division II Tiffin University.

Hopkins two touchdown catches were part of a 21-point fourth quarter by Houston that allowed them to take the lead from Jacksonville and get their second win of the season. Hopkins and quarterback Brian Hoyer have been clicking as of late with Hoyer connecting with Hopkins at least nine times in each of the last three games for 474 yards.

Hopkins is on pace to better his numbers from last season when he racked up 1,210 yards and five touchdowns. Look for his rookie cards in select 2013 football products.

Dave and Adam's is one of the largest sellers of trading cards and collectibles in the world. Located just outside of Buffalo NY, the company operates two retail stores as well as the e-commerce website www.dacardworld.com
View all posts by Dave and Adam's Card World →
#DACWPulls: MJ Mania, Artifacts Hockey and Cabrera rookie auto
2016 Bowman Baseball preview