Week 5 of the 2015 NFL season provided some exciting finishes and close games. Three games went to overtime plus two games were decided by one point in regulation. Let’s take a look at some of the best individual performances from Sunday’s game in this week’s edition of Dave & Adam’s “Leaders of The Pack”.

Many questioned Mike Pettine when he reinstated McCown as the team’s starter after he returned from injury, but McCown has silenced many of the calls for Johnny Manziel to be the Browns’ quarterback. McCown threw for a team record 457 yards in the Browns’ come from behind win over the rival Ravens. With Cleveland trailing 21-9 in the third quarter, McCown led the rally with three second half touchdowns (2 passing, 1 rushing) to take a 30-27 lead before Baltimore sent the game to overtime. McCown has thrown for over 300 yards in the Browns’ last three games, and even though two of those game were close losses, it appears Cleveland has some stability under center.

McCown is on his tenth different football team (1 of those stops was in the UFL) after making his debut in 2002. He was a third round draft pick by the Arizona Cardinals that year. We have a limited supply of 2002 football products for you to find a McCown rookie card.

Manning and the Giants had to battle from behind as well to beat the Giants on Sunday night. Manning found Larry Donnell on a 12-yard touchdown pass with 21 seconds left in the fourth quarter to steal victory from the jaws of defeat. His 41 completions set a new team record as he eclipsed the record set by Phil Simms in 1985. Manning also become the winningest quarterback in Giants history as the victory was 102nd of his career.

The Giants are now first place in the NFC East with a 3-2 record. We’ll have to see if Manning can lead the G-Men back to the playoffs and go for a third Super Bowl title. Be sure to check our selection of Manning memorabilia and single cards.

We could’ve given this award to Devonta Freeman for a third-straight week, but Martin’s three touchdowns put him over the top. Martin’s two second quarter touchdowns helped the Bucs run out to 20-7 lead over the Jaguars. Jacksonville rallied to take back the lead in third before Tampa scored 18-straight points to secure the win, which was capped off by Martin’s second rushing TD. Martin and the Buccaneers have now won as many games this year as they did in all of 2014.

Martin has struggled with injuries the last two seasons after a promising rookie campaign in 2012. The “Dougernaut” appears to be back in 2015 if he can stay healthy. His 4.5 yards per carry through the first five games is similar to his average in 2012 when he rushed for 1,454 yards. We have Martin rookie cards as well as autographed memorabilia, including a mini helmet with a “Dougernaut” inscription. 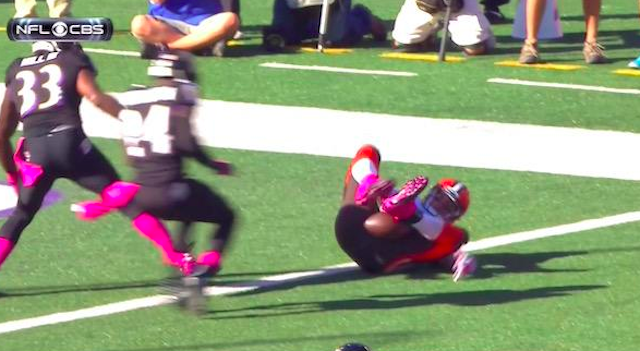 Dave and Adam's is one of the largest sellers of trading cards and collectibles in the world. Located just outside of Buffalo NY, the company operates two retail stores as well as the e-commerce website www.dacardworld.com
View all posts by Dave and Adam's Card World →
Upper Deck holding online fan vote to decide image for Connor McDavid’s Young Guns card
2015-16 Panini Absolute Basketball preview