By Dave and Adam's Card World on September 28, 2015 in Sports Blogs

Week 3 of the 2015 NFL season featured saw some of the most lopsided games of the season so far with a handful of blowouts. Our Dave & Adam’s “Leaders of the Pack” for Week 3 features a bounce back performance by quarterback, yeoman work by a backup running back and a standout performance by one of the league’s top receivers.

Taylor and the Bills bounced back from getting beat by the defending champion Patriots at a home last week with a sound thumping of the Miami Dolphins. Taylor threw three touchdowns and no interceptions in the 41-14 win after getting picked off three times the week before. The Bills ran out to a 27-0 halftime lead and never looked back. The rout started with a pair TD passes from Taylor on the Bills’ first two drives of the game. Taylor has looked good in his first three starts with the Bills, and might be the answer to Bills fans’ prayers for a stable starting QB.

Taylor was drafted by the Baltimore Ravens in the sixth round of the 2011 draft. He served as a backup to Joe Flacco before signing with the Bills this past offseason. His rookie cards appear in many 2011 football products, including 2011 Panini Contenders Football. We currently have a great deal on five-pack blaster boxes that feature one autograph card per box. 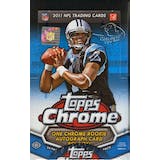 Freeman had a career day in place of the injured Tevin Coleman. He lost the starting job to Coleman in training camp, but Freeman showed he can get the job done as he helped lead Atlanta to 39-28 win over the Cowboys. His third touchdown gave the Falcons their first and only lead of the game with 11:25 to go in the fourth quarter. Before Sunday, Freeman had never rushed for more than 38 yards in an NFL game. Atlanta is now 3-0 under first year head coach Dan Quinn.

Freeman is still fresh in the mind of collectors after being a part of the 2014 rookie class. There are plenty of options to find rookie cards from last year’s sets.

Fantasy football stud A.J. Green was in familiar form on Sunday as he had a career day against a less than stellar Baltimore Ravens defense. Green caught two fourth quarter passes from Andy Dalton, including an 80-yard TD scamper, to help the Bengals beat the Ravens 28-24 and improve to 3-0.

Just like Tyrod Taylor, Green was part of the 2011 NFL rookie class. Look for his rookie card in the same products listed under Taylor’s section of the write up.

Dave and Adam's is one of the largest sellers of trading cards and collectibles in the world. Located just outside of Buffalo NY, the company operates two retail stores as well as the e-commerce website www.dacardworld.com
View all posts by Dave and Adam's Card World →
2015-16 Panini Court Kings Basketball preview
2015 Star Wars High Tek preview