The NFL season has hit the stretch run and for many the fantasy football playoffs are in full swing. Time to recognize the difference makers that are guiding their teams to the postseason or delivering for fantasy owners with the Week 14 edition of Dave & Adam’s “Leaders of The Pack”.

Russell Wilson is on fire! With 16 touchdowns in his last four games and six wins in his last seven games he has the Seahawks flying high after a 2-4 start. Wilson was the latest quarterback to tear apart the pathetic Ravens defense as he tossed five TDs in Seattle’s 35-6 win over Baltimore. He has thrown for five touchdowns in two of his last three games. The output from the Seahawks’ passing game makes up for their banged up backfield, which lost Thomas Rawls for their season yesterday. 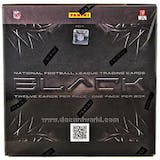 It’s no coincidence that the Rams snapped their five-game losing streak in the very same game that Gurley ended a five-game streak without a 100-yard rushing performance. The Rams are 4-1 in games that Gurley rushes for over 100 yards and 0-6 in games he’s played in and not hit the century mark. His second touchdown of the game provided the margin of victory over the Lions.

Gurley is fourth in the NFL in rushing yards and is 25 yards away from 1,000 total yards for the season despite missing the first three games of the season.

Just like his quarterback, Baldwin is also on fire. He has eight touchdowns in his last three games, including three in Sunday’s win over the Ravens. The Elias Sports Group says Baldwin is just the third player in the last 30 years to have eight receiving TDs in a span of three games. Drew Bennett did it in 2004 and Jerry Rice did it twice (1987 and 1993). If he can catch at least two touchdowns in Week 15 he’ll become just the second player with multiple touchdowns catches in four-straight games.

Dave and Adam's is one of the largest sellers of trading cards and collectibles in the world. Located just outside of Buffalo NY, the company operates two retail stores as well as the e-commerce website www.dacardworld.com
View all posts by Dave and Adam's Card World →
2015 Hit Parade Autographed Baseball Jersey Series 2 preview
The most delicious Connor McDavid rookie card ever