By Dave and Adam's Card World on September 14, 2015 in Sports Blogs

A new NFL season has dawned, and with it the return of Dave & Adam’s “Leaders of the Pack”. We started this feature last season to recognize the top quarterback, running back and wide receiver each week in the National Football League, plus show you some great options to find trading cards and/or collectibles of the respective player. Let’s take a look at some of the players that opened up the 2015 season with an impressive performance.

Mariota won the battle of the highly-touted first round quarterbacks as the Titans routed Jameis Winston and Tampa Bay Buccaneers 42-14. He became the second quarterback in NFL history to throw four or more touchdowns in their NFL debut, and the first to do it in one half, as he torched the Bucs secondary. The most impressive of those touchdowns came on Mariota’s first NFL pass as he hooked up with Kendall Wright on a 52-yard trip to the end zone. While the number besides his touchdown count weren’t that big it was still a performance that has to make Titans fans feel good about the future.

With Mariota being the second overall pick in the draft he was already one the top rookies for collectors going into this season. His regular season debut will certainly help to increase his value. Dave & Adam’s currently has an Upper Deck Letterman patch auto of Mariota in stock plus plenty of boxes of 2015 Football products to find rookie cards of the Titans QB. DACW Live has had some success finding Mariota rookies in 2015 Panini Spectra, including a nice one-of-one laundry tag auto.

Three running backs rushed for over 100 yards before the start of the Monday night games, but all of those were on losing teams. Chris Ivory helped lead the Jets to a 31-10 win over the Cleveland Browns with two touchdowns and nearly 100 yards on the ground. His three-yard touchdown run in the fourth quarter sealed the win for the Jets as they scored 24 unanswered points while en route to the victory. The win was the first for the Jets’ new head coach Todd Bowles.

Chris Ivory made his NFL debut in 2010 with the New Orleans Saints after signing as an undrafted free agent. His first cards appeared in select 2010 Football products.

Allen had a career day in the Chargers’ come from behind win over the Detroit Lions with 15 receptions for 166 yards. San Diego trailed 21-3 in the first half, but went on a 30-point run to surge ahead of Detroit in the fourth quarter. Allen accounted for nearly half of Phillip Rivers’s 404 passing yards on Sunday. His 15 catches tied a team record as he equaled the mark set by Hall of Famer Kellen Winslow in 1984.

The Chargers took Allen in the third round of the 2013 draft from Cal. We have a 2013 Upper Deck Black Rookie jersey auto (#’d 13/75) of Allen currently in stock plus plenty of deals on 2013 Football boxes to find more rookie cards. 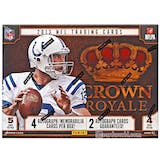 Dave and Adam's is one of the largest sellers of trading cards and collectibles in the world. Located just outside of Buffalo NY, the company operates two retail stores as well as the e-commerce website www.dacardworld.com
View all posts by Dave and Adam's Card World →
2016 Topps Heritage Baseball preview
2015 Topps Archives Signature Series Baseball preview