2015-16 is going to be an exciting year for hockey collectors. The rookie class is potentially the best one to hit the hobby in a decade. One of the most heralded rookie cards of any hockey season are the Young Guns in Upper Deck Series 1 & 2. UD recently gave collectors their first look at the design for this year’s Young Guns cards. 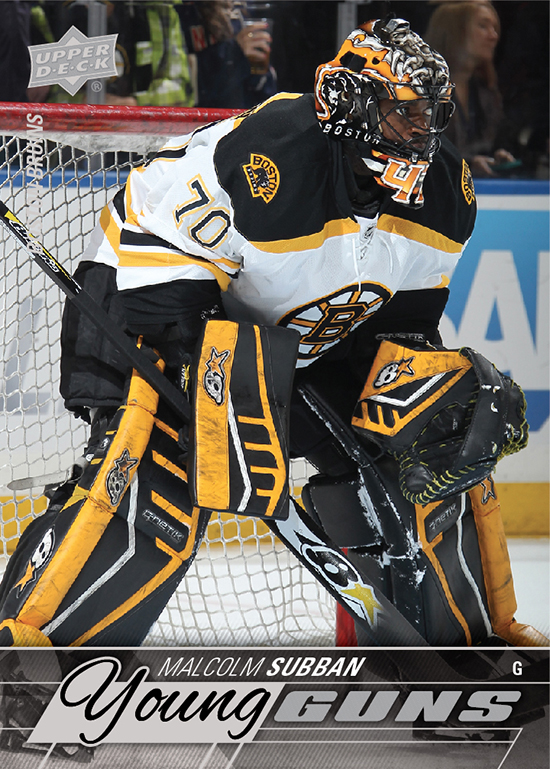 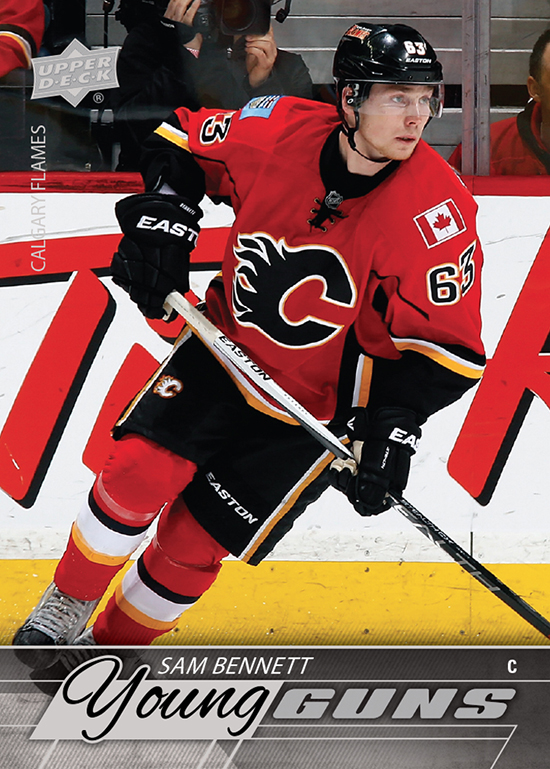 Upper Deck chose Bruins goalie Malcolm Subban and Flames center Sam Bennett for the preview images. Subban, brother of Canadiens defenseman P.K. Subban, is highly touted netminding prospect. Bennett was one of the top picks in the 2014 NHL Draft, but didn’t make his debut until late in the 2014-15 season because of injury.

This year’s class of Young Guns will likely be led by Connor McDavid and Jack Eichel. They were the top two picks in this year’s draft and are projected to become stars in the league. UD won’t be able to produce their cards until they make their respective NHL debuts, which means they could land in Series 2.

Dave and Adam's is one of the largest sellers of trading cards and collectibles in the world. Located just outside of Buffalo NY, the company operates two retail stores as well as the e-commerce website www.dacardworld.com
View all posts by Dave and Adam's Card World →
Upper Deck teases mammoth patches & amazing autos from Premier Hockey
2015-16 Upper Deck Series 1 Hockey preview