Earlier this week Upper Deck shared the checklist for 2014-15 The Cup Hockey, which is schedule to release on September 30. This included the list of players that will have Rookie Patch Autos in this year’s edition of The Cup. Some of the hottest rookies in the hobby will have RPAs numbered to just 99, including Aaron Ekblad, Jonathan Drouin, Johnny Gaudreau, Sam Reinhart, Teuvo Teravianen and Bo Horvat.

Be sure to reserve your box or case of 2014-15 Upper Deck The Cup Hockey or get a spot in our release day live break with DACW Live. 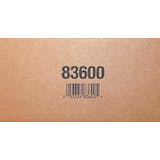 Dave and Adam's is one of the largest sellers of trading cards and collectibles in the world. Located just outside of Buffalo NY, the company operates two retail stores as well as the e-commerce website www.dacardworld.com
View all posts by Dave and Adam's Card World →
2015 Panini Immaculate Football preview
Dave & Adam “Leaders of the Pack” – Week 2