By Dave and Adam's Card World on March 12, 2014 in Sports Card News and New Products 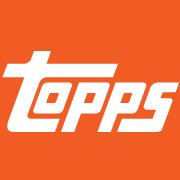 Here is the official release from Topps:

TOPPS® CONTINUES TO BRING FANS CLOSER TO THE GAME!

New York, NY (March 12, 2014) – The Topps Company has partnered with Bryce Harper on a new multi-year agreement, furthering its dedication to delivering the exciting products that fans have come to expect.  Topps continues to partner with the premier leagues, teams and players in order to consistently bring fans ‘closer to the game’.

This new deal extends the current agreement between Topps and Harper.  Topps is the only trading card company that can feature Harper’s autographed cards in products and showcase the young star on packaging.  As fans know, it is awesome when you pull an authentic autograph out of a pack of Topps trading cards…especially when it’s a premier player like Bryce Harper.

“I am happy to be a part of the Topps family,” says Harper. “I still get excited when I see my Topps cards and I am glad to hear that fans are excited about them too.”

Harper, the Washington Nationals starting outfielder and five-tool player, is one of the youngest superstars in the league.  In 2012, he made his Major League Baseball debut at the age of 19 and became the youngest player ever to be selected to the All-Star Game.   In addition, he was named the N.L. Rookie of the Year.  In 2013, Harper was once again selected to the All-Star Game.

“Bryce has quickly become one of the biggest names in Major League Baseball,” says Clay Luraschi, VP of Product Development at Topps, “at the age of 21, Harper is leading baseball’s emergence of young, extremely talented stars and collectors can’t get enough of him.”

Bryce Harper autographed cards are currently some of the most sought after in the market.  Harper’s cards will be available in many of Topps® 2014 Baseball products including Topps® Chrome®, Triple Threads® Baseball, Update Series, Five Star® Baseball and more.

Dave and Adam's is one of the largest sellers of trading cards and collectibles in the world. Located just outside of Buffalo NY, the company operates two retail stores as well as the e-commerce website www.dacardworld.com
View all posts by Dave and Adam's Card World →
DACW Buying Team Travel Update: Off to Richmond, VA and Sacramento, CA.
The DACW Buying Team at Chicago Sun Times Sports Collectibles Convention!