By Dave and Adam's Card World on September 29, 2016 in Sports Card News and New Products 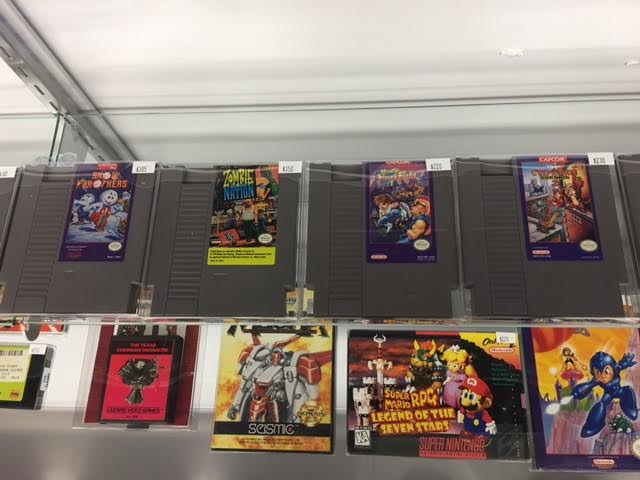 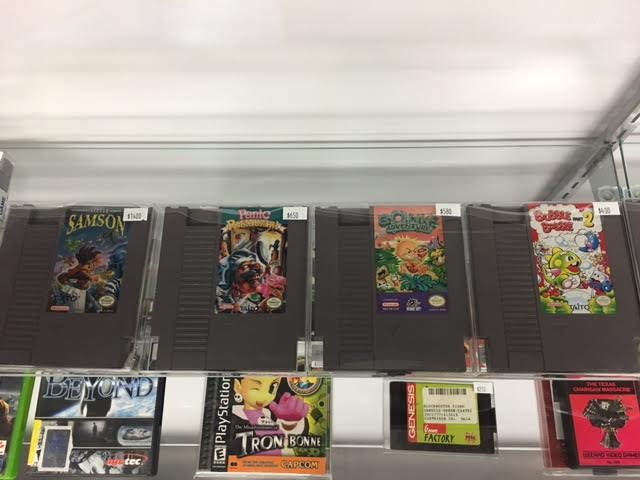 Snow Brothers was released in 1990. The game did not sell very well at all despite being made by Capcom and having solid gameplay. Snow Brothers was a port from an arcade game that plays very similarly to another popular game Bubble Bobble. The price of Snow Brothers reached over $500.00 at one point but as leveled out more recently. Still an expensive but much more obtainable game today.

Released March 5, 1993 very late in the NES life span, Bubble Bobble 2 never sold many copies. By this time most video gamers were buying games on the Super Nintendo. Because of the late release of this game Bubble Bobble 2 has become very rare. The original game is common and in most gamers collections because of the old-school gaming feel to it and addictive gameplay.

Bonk’s Adventure was released on December 15, 1989. This was the leading franchise of the TurboGrafx-16 but received a release on the NES as a limited release. The game did not get much attention back in December of 1989 because not many people knew who Bonk was. As Mario is to Nintendo and Sonic was to Sega, Bonk was to the TurboGrafx-16. The few that had a TurboGrafx-16 and an NES would have known this fact but back then most gamers only had one system.

Released on April 24, 1992 Panic Restaurant is one of the fastest rising video games in recent history. Over the past 2 years the game has increased $300.00 in value, which in the video game world is remarkable. Panic Restaurant never recorded very good sales and was passed over for more popular games at the time but if you play it today it is actually a great game. With the prices continuing to go up with no end in sight now is a great time to pick up this really fun game.

Little Samson was released June 26, 1992 and is often referred to as one of the top 3 NES games in the entire library to own. Developed by Tatio the game feels like your playing a Mega Man game but it is something completely new. This most unique feature is being able to switch between characters during gameplay and does a great job in the graphics department especially for NES. The marketing behind the game was very poor and influenced the sales. The price and popularity of Little Samson is always growing and is a very rare game to try and own for the NES.

Please note that these games are currently for sale in our retail store. If you are interested in purchasing any of the above titles or would like to see what other video games, consoles or accessories we have for sale please email [email protected]

If you have video games that you are looking to sell contact us today and we would be happy to see what you have. And don’t forget to stop into our massive retail store to check out the whole new video game section where you can play all of your favorites today for free!

Dave and Adam's is one of the largest sellers of trading cards and collectibles in the world. Located just outside of Buffalo NY, the company operates two retail stores as well as the e-commerce website www.dacardworld.com
View all posts by Dave and Adam's Card World →
Original Comic Art for Alias Comic Book Series
The Great Video Game Wars of the Early 90’s