By Dave and Adam's Card World on September 20, 2012 in Sports Card News and New Products

After a busy week last week, things have slowed down — at least in the quantities of new releases. 2012 Topps Triple Threads sees the return of the long-running, high-end set while 2012 Cryptozoic DC Comics – The New 52 offers non-sport collectors a fresh twist on a classic license.

For the most part, not much has changed for 2012 Topps Triple Threads Baseball. As with years past, the big draw is low-numbered relics that come in a ton of different combinations. Every box comes with two single-pack mini boxes. Each mini box has both an autograph and a relic card.

A lot of the fun with Triple Threads come with the different player combinations Topps makes and the relic-frame sayings that go along with them. Most are achievements or achievements. But, in the past, some have been downright quirky. Nicknames are adding some of the fun to early breaks with cards like “It’s Hammel Time,” (Cole Hammels), “Mr. Freese,” (David Freese) and “Wizard of Ozz” (Ozzie Smith).

Below are just a couple of the cards to surface so far. 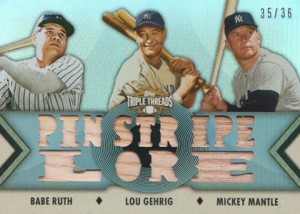 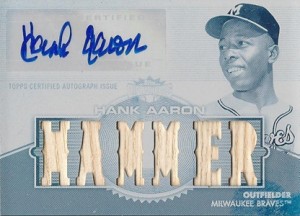 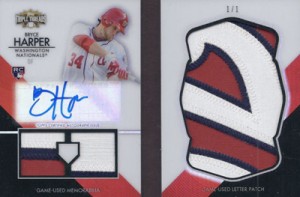 Discussed last week, 2012 Cryptozoic DC Comics – The New 52 focuses on the recent reboot of the DC Universe. It’s also the first DC Comics set in several years. The result is a lot of pent up demand as collectors clamor for high-end sketch cards of Batman, Superman, Wonder Woman and the rest of their heroes and villains.

Sketch cards are almost not appropriate for a lot of the hits boxes are delivering. Many of the one-of-one pieces are done in full color with tons of detail. They’re most art cards than simple sketches.

Every box of 2012 Cryptozoic – The New 52 promises one sketch card. There are also random redemptions for jumbo sketch cards and original art from actual comics. 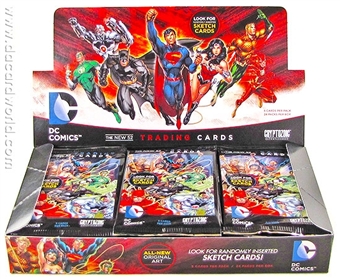