By Dave and Adam's Card World on September 3, 2012 in Sports Card News and New Products

Every week Hollywood unleashes a new set of films. The lineups are carefully orchestrated and scheduled, sometimes as far as two or three years in advance. While there’s fierce competition among new movies, there’s also an acknowledgment that some are going to dominate over others.

The hobby hasn’t reached this point. New releases are planned months in advance, but these dates often shift. There also doesn’t seem to be a lot of acknowledgment of other company’s releases. At least out in the open. For several weeks in a row during the summer, new sets were come out at a furious rate. Now we’ve reached a lull with a couple weeks of only a small handful of new stuff to collect. Sure, we’re not talking the tens and hundreds of millions of dollars that Hollywood risks each week, but in this fast-paced world, it gives a little bit of a brighter spotlight for those sets coming out as the kids head back to school.

Panini’s second-to-last 2011/12 hockey set, Prime is a high-end release that promises one Rookie Auto Quad Memorabilia card in every pack. Each rookie card is numbered to 199 and with a checklist of 65 players, landing a Gabriel Landeskog or Ryan Nugent-Hopkins is going to be tough. However, the real star of 2011/12 Panini Prime Hockey are the ultra-rare memorabilia cards. The set has a ton of them, however large checklists should help them surface at regular rates. Among these pieces are cards embedded with skate laces (available via redemption) and ‘C’ patches from the NHL’s captains. For risk-takers, this should be a nice warm-up before 2011/12 Panini Dominion arrives. 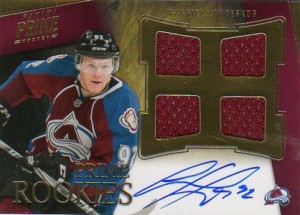 Releasing on September 6, 2011/12 Fleer Retro has a distinctly 90s feel. Upper Deck is bringing back a some of the rarest and most popular inserts Fleer made during the decade and giving it another try. Cashing in on nostalgia, collectors can go after a new generation of Jambalaya, Noyz Boz, A Cut Above, Flair Showcase and Precious Metal Gems. Individually, these inserts remain tough to pull, but because there are so many different sets, each box delivers four of them. An NCAA-themed product, 2011/12 Fleer Retro Basketball also comes with six autographs in every box. 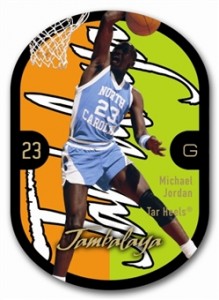 2012 Topps WWE marks the flagship wrestling set of the year. Every box comes with an event-worn relic and either an autograph or mat relic. This is one of the most comprehensive WWE sets Topps has produced since regaining the license several years ago. Inserts include Diva Kiss cards, Hall of Fame Autographs and rare sketch cards drawn by Jerry Lawler. It’s also worth noting that former World Champion and New York Times Best-Selling author, Mick Foley, wrote the card backs. 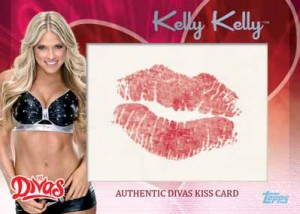 It’s a great time to try something that you might have missed if there were a new release logjam.

Dave and Adam's is one of the largest sellers of trading cards and collectibles in the world. Located just outside of Buffalo NY, the company operates two retail stores as well as the e-commerce website www.dacardworld.com
View all posts by Dave and Adam's Card World →
Look What We Bought This Week
Friday Night Magic at Dave and Adam’s Transit Store