By Dave and Adam's Card World on August 23, 2012 in Sports Card News and New Products

It’s a busy week in the hobby with several new releases, each offering something  a little different for collectors.

2012 Topps Chrome Baseball has collectors chasing rookie autographs, colorful Refractors and a few other surprises. Those busting boxes should be watching for some extremely tough base set variations. The cards are rare, with one appearing in about every third hobby case. There are a total of 20 variations to hunt for, including Derek Jeter, Bryce Harper, Stephen Strasburg and Yu Darvish.

A dark horse in the set could be the Dynamic Die Cuts. The cards look extremely sharp. And while the one-per-box insertion rate may not seem terribly special, the set has 50 cards. As a result, tracking down individual singles could get tough once the initial wave of breaks dry up. 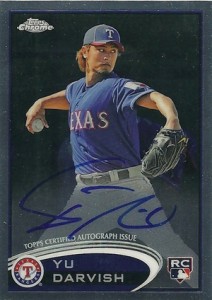 It has been a long time since collectors have had a new Exquisite product. Although the cards may be arriving a little late, there’s no denying some of the amazing cards coming out of the product. The Exquisite Dimensions cards up the ante on Upper Deck’s Shadow Box cards.

A surprise addition could prove to be one of the bigger hobby innovations in some time. The Upper Deck team has created a new type of autograph slot that gives collectors the chance to build their own multi-autograph cards. The possibilities for such a card are immense. Here’s a video showing how they work.

2012 Topps Finest Football brings a ton of Refractors, autograph and memorabilia options for collectors to chase. Every box promises an autographed rookie patch card and an autographed jumbo relic. Andrew Luck and Robert Griffin III could prove to be particularly difficult to find as many of their main cards appear to be short prints. With football season coming soon, it’s also a great time to look a little deeper on the checklist for players poised to jump. Ryan Tannehill is already getting a nice bump now that he has been named the Dolphins’ starting quarterback. 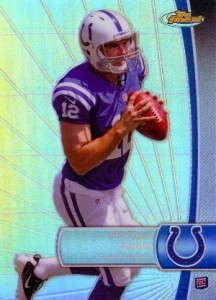 The promise of a rookie card in every pack as well as four hits per box is an enticing draw for collectors. Now in its 15th season, the brand has carved a devoted following over the years. The big draw this year will likely be the Rookie Materials Signatures cards. Numbered to 499, they come with both an autograph and a jersey swatch. 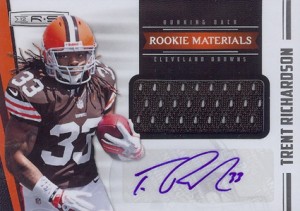 With the second set in as many weeks, the new hockey card season is in full swing. Although it has some, 2012-13 Score Hockey isn’t about the hits. It’s an entry-level set aimed at those wanting to build sets and just enjoy some cards from their favorite players and teams. A lot of the inserts, like Check It and The Franchise draw from the brand’s past. While autographs are rare, the checklist includes some big names like Alexander Ovechkin, Martin Brodeur and the recently retired Nicklas Lidstrom. 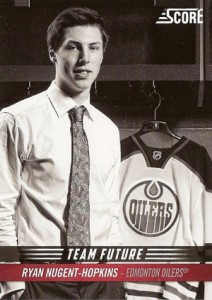 So I got this e-mail from Darth Vader…
Recently Unearthed Treasures from Dave & Adam’s!