By Dave and Adam's Card World on January 3, 2008 in Sports Card News and New Products

Here are some of the most well known baseball card blunders of all time. 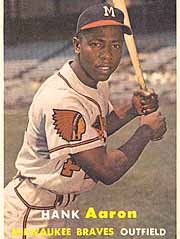 1957 Topps Hank Aaron #20 BV$300
Topps reversed the image on the photo negative of Hank Aaron, showing the great home run hitter as a left-handed batter on his 1957 card.

1962 Topps Green Tint Series
The second series of Topps 1962 baseball (cards numbered 110 through 196) were printed without enough ink for the photographs. Without the ink, the sky and dirt in several of the cards background is green, hence the Green Tint Series.

1972 Topps Billy Martin #33
Martin is shown standing near a fence in his Detroit Tigers uniform leaning on a bat with his middle finger extending down the bat.

1990 Topps Frank Thomas #414 No Name BV $600
The sluggers rookie card had a version produced with no name on the front of the card. 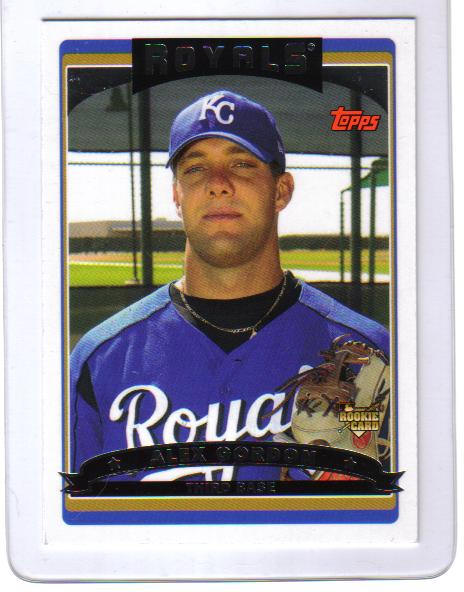 2006 Topps Alex Gordon #297 BV $1200
In 2005 the Major League Baseball Players Association ruled that card manufacturers could only produce rookie cards of players who either made the 25-man roster or played in a major league game the year before. When the Number 2 Overall Draft Pick Alex Gordon signed his contract late in September, his card should have never been produced. Topps quickly pulled the card, and it is believed that there are less than 100 produced.

What are some of your favorite blunders?