By Dave and Adam's Card World on March 14, 2013 in Sports Card News and New Products

2013 Topps Heritage Baseball has one of the biggest checklists ever for the brand. Heritage sets have always offered an eclectic mix of cards, but this year’s set seems to have more high-end hits than ever before. While they’re garnering plenty of attention, it’s some of the most basic-looking cards that are really capturing the hobby’s attention, at least early on.

As with past years, 2013 Topps Heritage Baseball has several intentional variations that appeal to a good segment of the brand’s rabid set-building fan base. From different photos to alternate uniforms to color differences to intentional typos, there are plenty of 2013 Topps Heritage variations that will make collectors want to take a closer look.

And if the thought of pouring through the fine print and comparing pictures seems tedious to some, here’s what some of those variations have sold for early on:

So what are these variations you may be wondering? There are several.

The most common are Action Photo variations. A total of 25 cards in the set have a different photo. Most of the base cards in the set are posed portraits or plain shots. These variants show a little more motion. They’re not as dynamic as the “Out of Bounds” variations in 2013 Topps Series 1 Baseball, but they certainly stand out when compared to the regular cards. 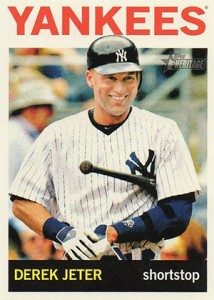 Next up are the Color Variations. The team name and nameplate on the front have a different shade. The team name has a yellow tint and the nameplate is a greenish-brown. Twenty-five cards have such variants. 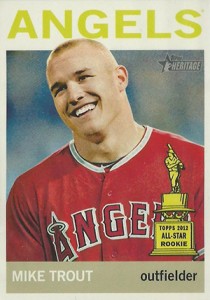 Like past years, Error variations mimic mistakes made in the past. 2013 Topps Heritage Baseball has six such variations, most of which show a very wrong birth year in the vital statistics on the back. 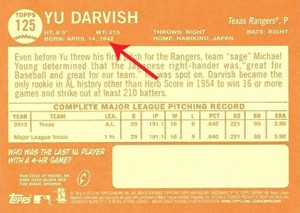 Finally, there are four Washington Nationals shown in throwback Senators uniforms. These were a late addition to the set, replacing similar variants that were originally planned for the Houston Astros. These throwback variations are extremely tough to find, leading to big-time prices for the few that have popped up early on (except one seller who sold one on eBay prior to the set’s official hobby release with a Buy It Now for $9.99). 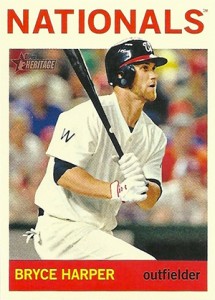 Click here to see detailed information and plenty of images on all variations in 2013 Topps Heritage Baseball.

Dave and Adam's is one of the largest sellers of trading cards and collectibles in the world. Located just outside of Buffalo NY, the company operates two retail stores as well as the e-commerce website www.dacardworld.com
View all posts by Dave and Adam's Card World →
A Casual Player In The Competitive Court: Dave and Adam’s Grand Prix Trial
#DACWPulls: Big Hits from the Past Week!