By Dave and Adam's Card World on August 30, 2012 in Sports Card News and New Products 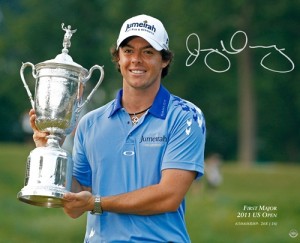 Carlsbad, CA (August 30, 2012) – At just 23 years-old, Rory McIlroy has already achieved more than most golfers hope to for their entire career. With two major victories under his belt (2011 U.S. Open and 2012 PGA Championship), it seems as though the future is very bright for this Northern Irish juggernaut. Upper Deck is proud to now be the exclusive home for McIlroy’s authentic signed trading cards and memorabilia.

Trading card collectors can look to capture Rory’s first-ever Upper Deck trading cards and autograph cards during the 2013 season, but memorabilia collectors won’t have to wait that long. Upper Deck Authenticated will be offering a full line of authentic signed collectibles from Rory McIlroy after his first signing session currently scheduled for mid-September.

Golf aficionados can score autographed photos, hats, polos, shoes and pin flags of McIlroy exclusively from Upper Deck Authenticated . Additionally, Upper Deck will also offer the company’s popular Curve and Breaking Through pieces for McIlroy. UDA will also offer some select signed items that were worn during tournaments as part of the company’s Suite One-of-One program. Pricing for McIlroy’s items is still in the process of being finalized. 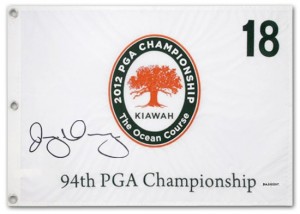 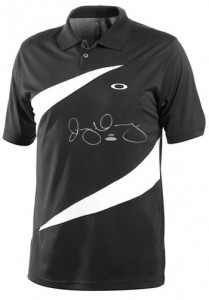 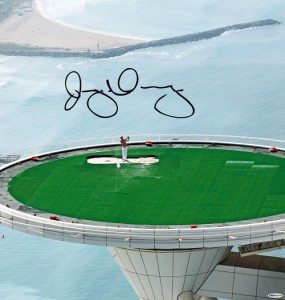 “At Upper Deck we have always prided ourselves on bringing our worldwide customers closer to the world’s most iconic athletes,â€ said Richard McWilliam, Upper Deck’s founder and CEO. “We have been targeting Rory for some time now and are thrilled to have him be a part of the Upper Deck team. Our golf collectibles provide fans with not only a premium talking piece for their home or office, but more importantly an authentic collectible to cherish forever.â€

“I wanted to partner with Upper Deck because when my fans are looking for my collectibles, it is important to me they are getting the real thing,â€ said Rory McIlroy, two-time PGA major champion. “Upper Deck’s five-step authentication program will help insure they get just that. And based on some of the designs and concepts I have seen thus far, my fans are going to be blown away by what Upper Deck has to offer.â€

Rory McIlroy fans can look for his first Upper Deck Authenticated items in October, 2012. Collectors can also expect to see a wide variety of Upper Deck trading cards from McIlroy in 2013. 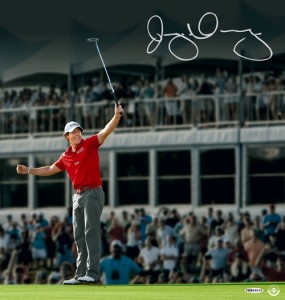 To see all of our current golf trading cards that we have in stock, check out the golf cards section on our site!