By Dave and Adam's Card World on July 15, 2016 in Sports Card News and New Products

To celebrate the 50th Anniversary of football’s greatest spectacle, 2016 Panini Super Bowl 50 Private Signings Black Football Box looks to bring collectors a one card pack that features an autograph or autograph relic of the biggest names from the past, present and future of the NFL.

Relive football’s greatest moments with sticker autos numbered to 25 or less. Names such as Hall of Famers Barry Sanders, Deion Sanders and currents stars like Russell Wilson and Rob Gronkowski are an example of who can be found in the product. 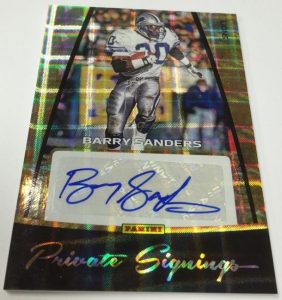 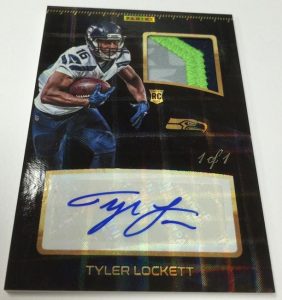 Collectors will receive the cards already slabbed and sealed from in the box.

With a limited run, these rare packs are sure to be a hit!