The collector favorite SP Game Used Hockey is back once again for the new season, featuring more of the high-end memorabilia and autographs that fans love to get! Wide array of materials cards featuring jerseys, patches, pucks, sticks, gloves, and net cord from the biggest events during the 2017/18 season like the NHL 100 Classic, the Winter Classic, Stadium Series games and the 2018 All-Star Game in Tampa. Let’s take a look at what you can expect to find come January. 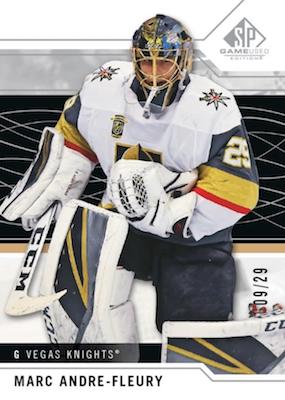 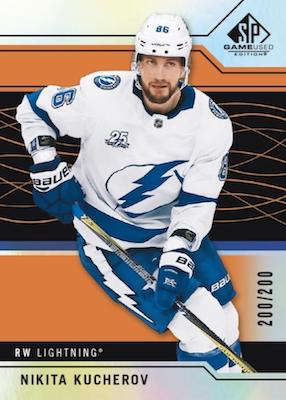 Known for its memorabilia offerings and rare base cards, 2018-19 SP Game Used Hockey is a hit-based NHL release with a strong brand past. Matching the hits from last season, each box of SP Game Used promises 4 hits. The base cards are broken down between 100 veterans and 100 rookies, each car dis serial numbered to the players jersey and the final card in the run is also an autographed 1 of 1 version! Many of the parallels are tied to a player’s stats or something similar. For example, the base orange rainbow parallel for say Auston Matthews would be numbered to the most goals he has scored in a single season. Likewise, the authentic rookies orange rainbow parallel begins with 100 copies, adding the draft year total to the amount. Take a look at the breakdowns below: 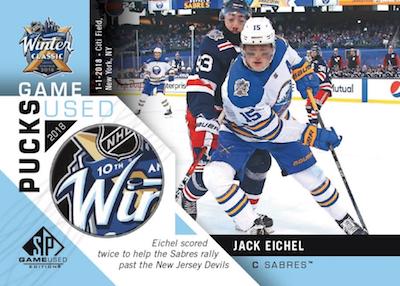 While many of the hits in 2018/19 SP Game Used Hockey only have memorabilia pieces, there are several autograph sets to be found. The staple Banner Year returns and again features numbered autograph parallels via the 2018 All-Star Game and 2018 Winter Classic plus the NHL Awards Ceremony and NHL Draft options. Collectors can also find a fresh batch of Draft Day Marks cards for Veterans (#/10 per letter) and Rookies (#/35 per letter). Another letter-based hit is Signature Day Marks (#/35 per letter). Finally, Inked Sweaters (#/99) has patch (#/15) parallels, as well as limited Inked Rookies Sweaters patch (#/49) and tag (#/2) versions. 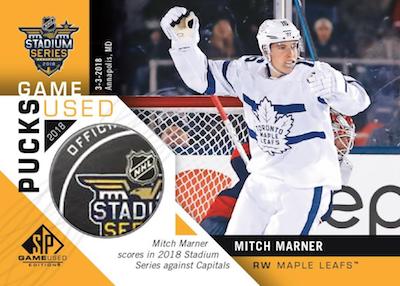 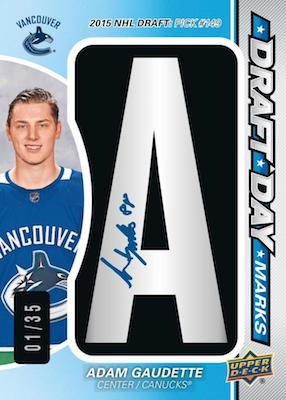 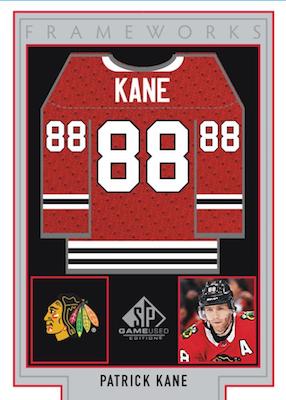 New memorabilia hits can be found in A Piece of History (#/99), Battle Lines (#/35), Draft Swag (#’d), Locker Essentials (1:6) and Tools of the Game (#’d). There are also the unique Frameworks cards to be found at an average of 1:12 boxes. Although veteran memorabilia hits make up a good amount of the cards, rookie prospects are highlighted in Rookie Sweaters (#/199) and 2018 Rookie Relic Blends (#/125). Game-used pucks insert include the NHL 100 Classic, the All-Star Game, the Stadium Series, the Stanley Cup Finals and the Winter Classic, each falling at 1:720 boxes. Finally the staple Supreme Patches (#/15) and Game Gear (#/6) relic sets are also back for the 2018/19 release. 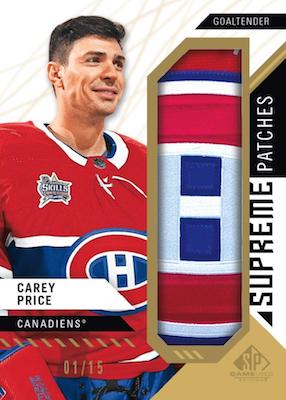 2018/19 Upper Deck SP Game Used looks to once again set the standard for variety in memorabilia cards and autos. Always a favorite of fans of the coolest game on earth, this product is set for release on Wednesday, January 23rd. Boxes (6 cards per box) and cases (10 boxes per case) are now up for presell on our website! 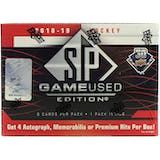 Dave and Adam's is one of the largest sellers of trading cards and collectibles in the world. Located just outside of Buffalo NY, the company operates two retail stores as well as the e-commerce website www.dacardworld.com
View all posts by Dave and Adam's Card World →
Product Preview: 2019 Topps Heritage Baseball coming next February!
Hulk #181 – CGC Graded 9.8 just in and up for sale on the website!