Keith Olbermann shows off collection of Will Ferrell autos

By Dave and Adam's Card World on July 17, 2015 in Sports Card News and New Products, Topps

Noted baseball fan, card collector and television commentator, Keith Olbermann, has achieved quite a feat. He has assembled a complete collection of Will Ferrell autograph cards from 2015 Topps Archives Baseball. Olbermann, who is in the final days of his second stint at ESPN, tweeted out a picture of his Ferrell collection earlier this week. 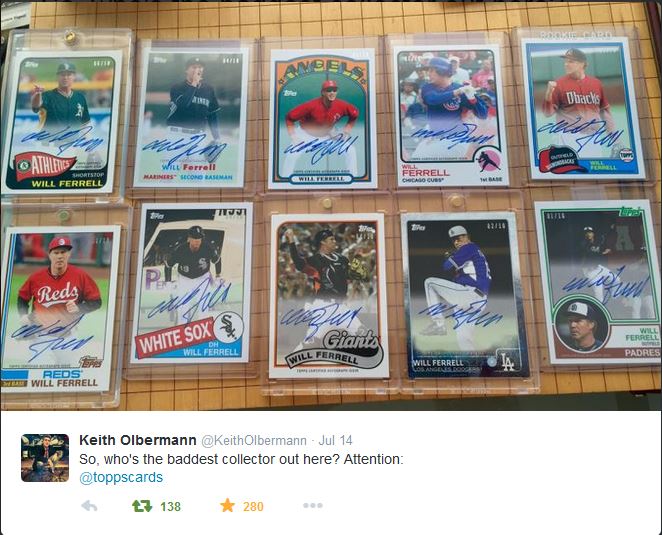 All of the Ferrell autos in Topps Archives were numbered out of ten, which means Olbermann has accumulated 10% of the entire run of these cards. It appears he acquired most, if not all, of the cards on the secondary market. Many of the cards in Olbermann’s tweet match ones that have been sold on eBay based on a comparison of the signatures or numbering.

Olbermann is just as passionate about collecting as he is about baseball or politics. He previously wrote a blog devoted to collecting for MLB.com and a series of columns for Sports Collectors Digest. Olbermann has also appeared in several Topps products throughout the years. 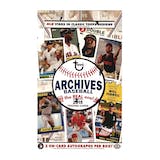 Dave and Adam's is one of the largest sellers of trading cards and collectibles in the world. Located just outside of Buffalo NY, the company operates two retail stores as well as the e-commerce website www.dacardworld.com
View all posts by Dave and Adam's Card World →
Tristar to hold memorabilia giveaway as part of National redemption program
Dave & Adam’s comic buyers contribute to Overstreet price guide