By Dave and Adam's Card World on February 26, 2013 in Sports Card News and New Products

It’s hard to believe it’s already NFL combine time as the event is wrapping up in Indianapolis. With the combine comes the measurements, the tests, the interviews, and most importantly, the first football cards of upcoming draft picks. Leaf will be the first manufacturer to feature players from the draft class of 2013, with 2013 Leaf Metal Draft Football releasing tomorrow. Let’s take a look at what comes in each box, as well as some preview images.

1 Pack Per Box, 5 Cards Per Pack, All On Card Autographs

Leaf has also advertised “the biggest surprise in draft football history, a card too big to picture…” – It remains to be seen what this redemption will be! 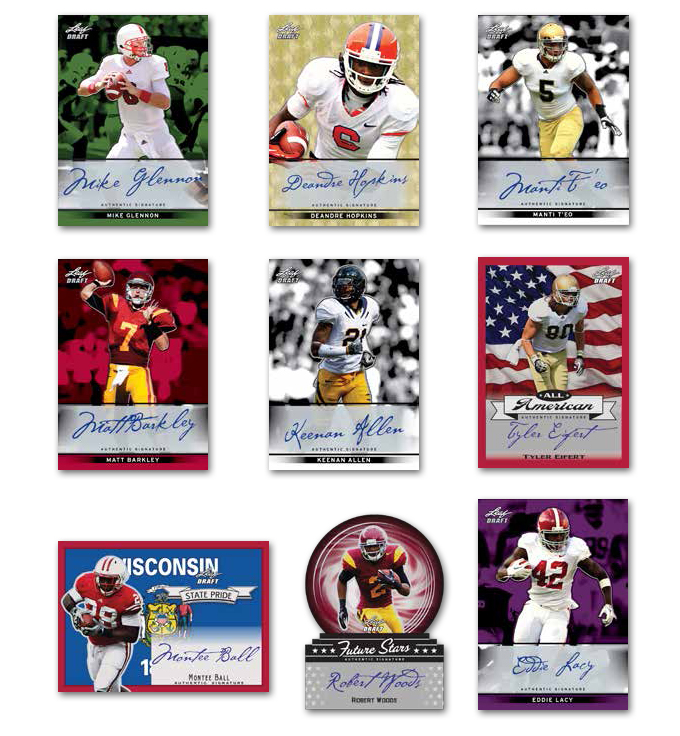 You can purchase boxes of 2013 Leaf Metal Draft Football Here.

So what do you think the mystery redemption is going to be?

#DACWPulls: Big Hits from the Past Week!
Lots of Bang in The Big Bang Theory Seasons 3 & 4 Trading Cards