Future Stars: What Impact will Andrew Wiggins have on Basketball Cards?

By Dave and Adam's Card World on May 15, 2013 in Sports Card News and New Products

One of the main drivers of the sports card market is strong play by rookies. Sometimes they come out of nowhere and have huge seasons, other times we know they are coming. We see them far in advance. We watch them in high school, the minors, or college to see what the hype is all about. Every so often one of these big names lives up to the hype. Players like LeBron James, Sidney Crosby, Bryce Harper, or Andrew Luck, we heard how good they were, were told by analysts how good they were, and then they delivered. When a player comes along and lights his sport on fire it carries over into the sports card world. Rookie cards rise, products that give you a chance at rookie cards catch fire, and collectors have that much more fun opening boxes. It’s one of the great things about the hobby.

We may have another one of those players on the way with Andrew Wiggins. Just yesterday the 6’8 Small Forward who grew up in Toronto, Canada, and played High School Prep Basketball at Huntington Prep in West Virginia signed a letter of intent to play for the Kansas Jayhawks. As the #1 high school prospect, many well regarded analysts have called him the best high school prospect in a long time, and others have gone as far as to say he is the best prospect since LeBron James. He’s posted incredible numbers in high school and played strongly for Team Canada in International Play. To make his story even more interesting, his mother competed for Team Canada in Track and Field and won a few Olympic Medals and his father played six seasons in the NBA. 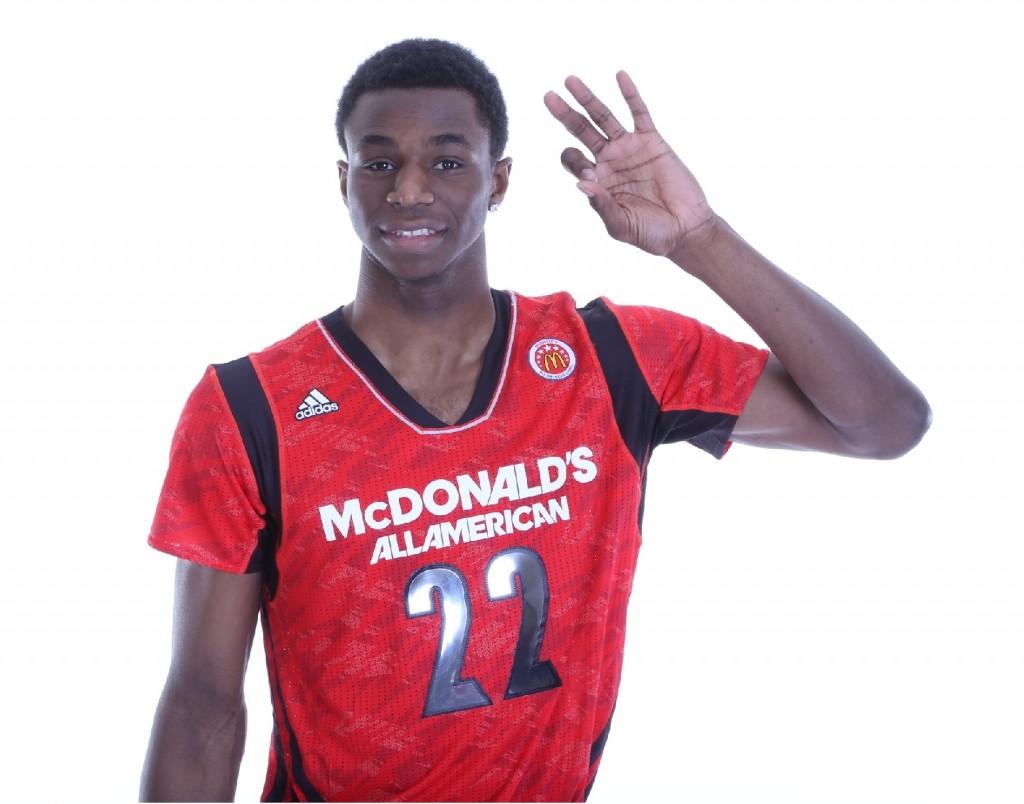 There’s no telling what the future will hold or what will happen with his college career, but NBA Draft sites already have him as the top pick of 2014. One thing is for sure, Andrew Wiggins is an explosive player with International appeal. He may just be the best prospect since LeBron James, and if he comes close to living up to the hype next year he will absolutely light the basketball card world on fire when he enters the NBA and his has first rookie cards.

There is no doubt that we will see plenty of Wiggins next year with the Jayhawks’ wide national exposure, and he may even play for Team Canada this summer in the 2013 U19 FIBA World Championship. Until then we’ll have to sit back and imagine what his best rookie cards will be.