Soccer fever is about to take over the world for the next month as the 2018 FIFA World Cup is set to kickoff next week and conclude with the Championship game on July 15th in Russia. To celebrate the ‘beautiful game’ Panini is set to release the ultra-premium 2018 Eminence Soccer with a stunning list of star autographs and memorabilia! Featuring on-card signatures and cards with pieces of real silver, gold, platinum and diamonds, jumbo patches, and much more, this is the true definition of a luxury, high-end release! 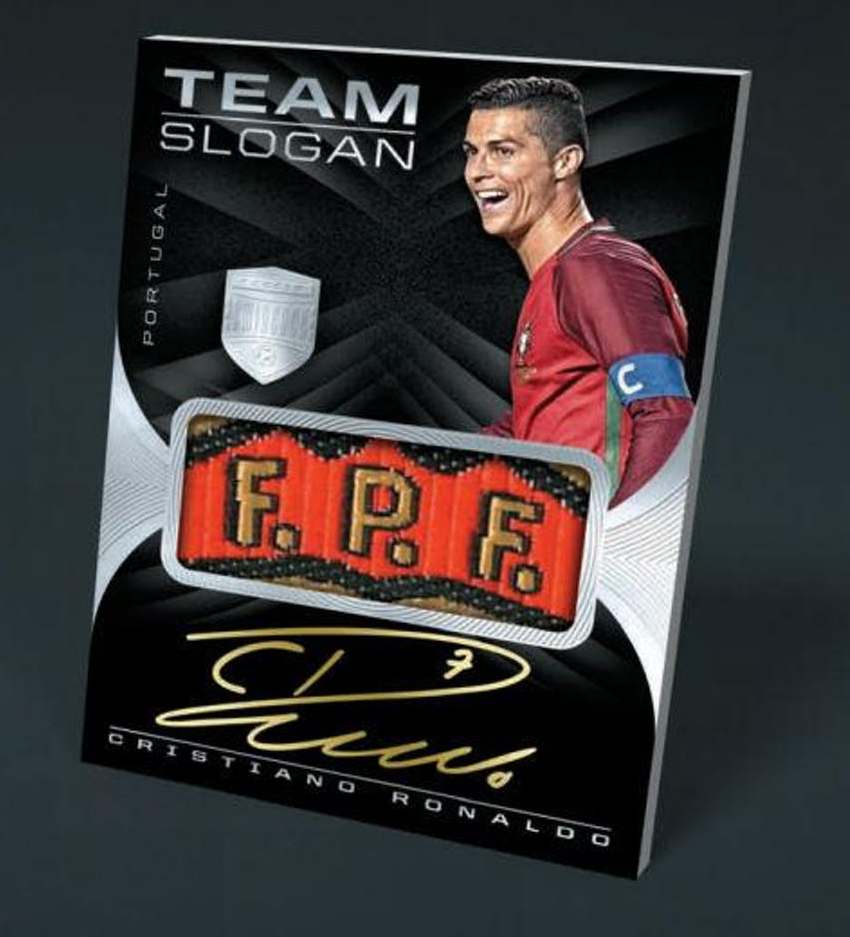 Each hand-packed box contains 10 cards with at least 9 autographs, among them at least one autographed booklet or two extra autographs. There are also hot boxes that have as many as 15 cards, which include extra autographs as well! Autographed insert themes include Championship Calligraphy, Crown Jewels, Decade Dominance, Grand Signatures, Gilded Graphs, International Icons, Masters of the Pitch, One of a Kind, Optimum, Peerless, Signature Salutes, Stud Signatures, Transcendent Talents, Unmatched and World Cup Champion.

Passing the Torch and Team Tandems cards are the hard-signed booklets to look for. In addition, there are team-based 4 player and 6 player autograph relic booklets! Collectors can count on specific players to find from different groups – every box has one auto from each of the groups below.

Also look for limited Cut Signatures from the likes of David Beckham, Gerd Müller, George Best, Johan Cruyff, among others! 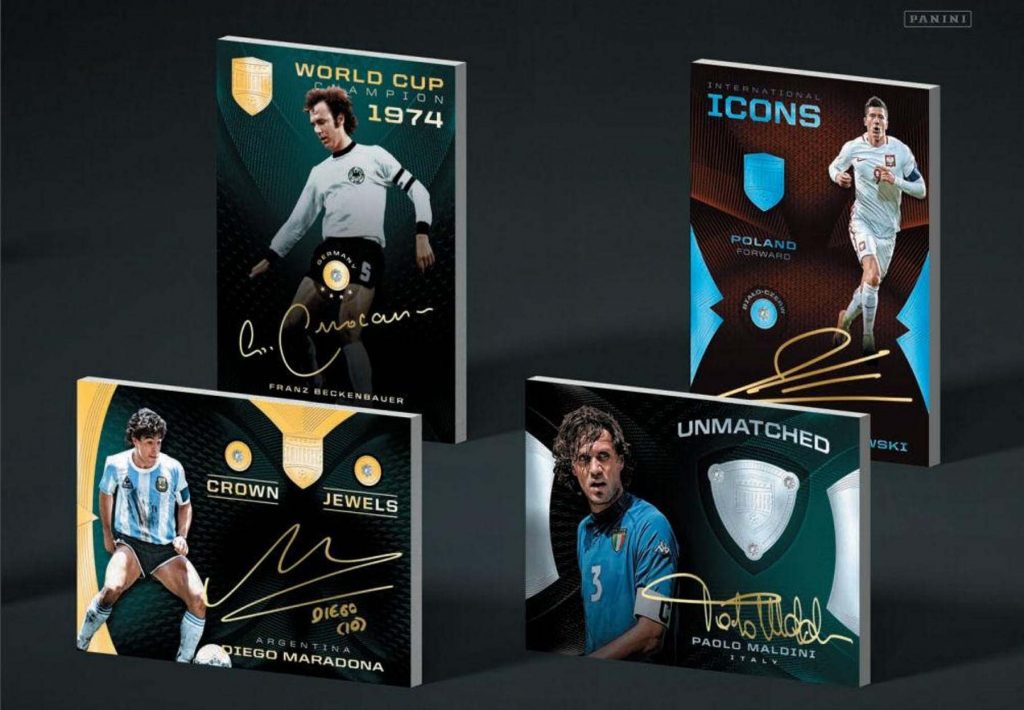 Although most of the cards are signed, 2018 Panini Eminence Soccer has several options that highlight memorabilia or the above mentioned silver, gold, platinum, and diamonds. Look for Etched in History and Living Legends cards embedded with one troy ounce of silver, Massive Materials with a jumbo swatch, and Team Colors with a trio of authentic diamonds!

Scheduled for release on July 18th just three days after the conclusion of the World Cup! Pre-order yours today through the link below!

Dave and Adam's is one of the largest sellers of trading cards and collectibles in the world. Located just outside of Buffalo NY, the company operates two retail stores as well as the e-commerce website www.dacardworld.com
View all posts by Dave and Adam's Card World →
Topps Stranger Things cards coming this Fall!
Two releases from the mat now up for presell – WWE Then Now Forever and WWE Women’s Division!