Panini is once again bringing back their tried and true Absolute brand for the upcoming 2018 NFL season. A staple of their early season football releases the last few years, Absolute hobby boxes will average 15 cards per box including three autographs and two memorabilia cards! Included in those hits will be a rookie premiere material auto of a player from the 2018 NFL Draft class like Josh Allen, Saquon Barkley, Sam Darnold, Baker Mayfield, Josh Rosen, among others. Let’s take a look at what we can expect come September. 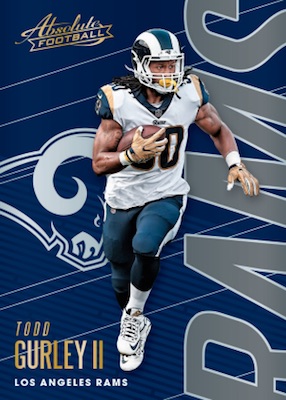 The Absolute base set is comprised of 150 cards split between veterans (100) and rookies (50). Like most base sets there are a variety of parallels to be had as well in Red (#/100), Orange (#/65), Green (#/25), and Purple (#/5) versions. As mentioned above each hobby box contains one rookie premiere material auto, these cards share the base set numbering up to card number 190. These also will have parallels and swatch variations – Triple, Quad (#/25), and Five (#/5). 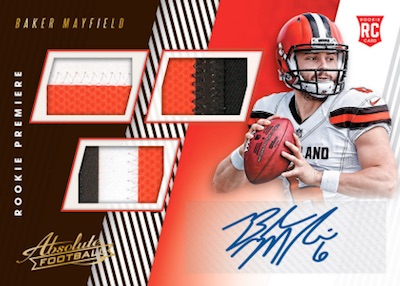 The 2018 Panini Absolute Football checklist also delivers in the autograph department. The popular Tools of the Trade cards have Double and Triple autographs in base form (#/50 or less), as well as Prime (#/25 or less) and one-of-one Platinum editions. Iconic Ink comes in Single, Duals, Triples and Quads, with all multi-player cards numbered to 99 and there are one-of-one Platinum parallels. 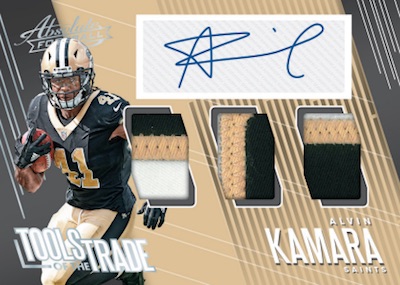 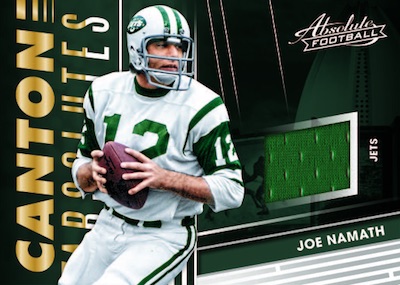 Every 2018 Panini Absolute Football box should also contain two memorabilia cards. Head to Toe (#/99 or less) combines a helmet relic and shoe relic from your favorite player. Be on the lookout for the monster Jumbo NFL Shields, which display an oversized football piece, taking up the majority of the card itself! Both of these sets have one-of-one Platinum parallels. Tools of the Trade also has memorabilia-only cards – these include Double (#/99 or less), Triple (#/75 or less), Quad (#/60 or less), and Five (#/60 or less) versions. Prime cards for each option are numbered to 49 or less and collectors can find a wide variety of gridiron gear! Looking to the past, Absolute features relics from Hall of Fame talent in Canton Absolutes (#/199 or less) and Canton Absolutes Prime (#/49 or less). 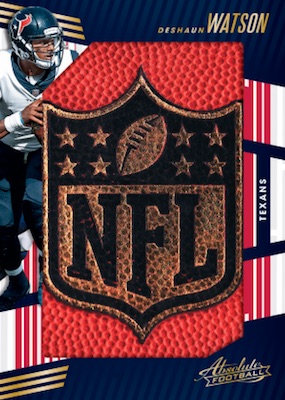 Collectors can also expect a variety of unique inserts in each box like Introductions (highlighting top 2018 rookies) and 1-2 Punch (top combinations on your favorite team). Scheduled for release on September 5th right around the start of the NFL regular season! Pre-order yours boxes and cases today through the links below! 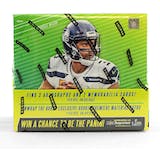 Dave and Adam's is one of the largest sellers of trading cards and collectibles in the world. Located just outside of Buffalo NY, the company operates two retail stores as well as the e-commerce website www.dacardworld.com
View all posts by Dave and Adam's Card World →
Upper Deck shares their plans for the 2018 National
They’re not dead yet – Hit Parade Graded Comic The Walking Dead Series Two out next Friday!