The second series of the flagship hockey brand is now up for presell for release in February, this is of course 2018/19 Upper Deck Series Two Hockey! Collectors and kids alike both look forward to this release which unofficially kicks off the second half of the hockey season! There are some new ideas that Upper Deck has included this year as well so let’s take a look at what you can expect to find come the second-half of the season. 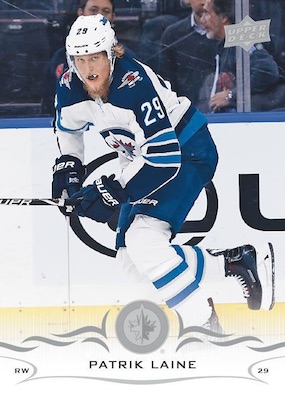 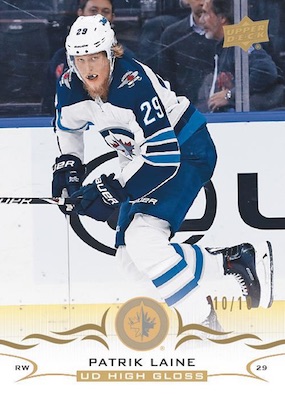 Just like series one, collectors can look forward to six Young Guns rookie cards per hobby box. In addition, the 200-card base set is joined by 50 new names in the ever-popular Young Guns subset, including Andrei Svechnikov and Casey Mittelstadt. These rookie cards combine to average 1 in 4 packs. As for parallels, there are the normal Exclusives (#/100) and High Gloss (#/10) editions, plus the hobby-only Clear Cut for base card (1:90 packs) and Young Guns (1:360 packs). The UD Canvas cards are always a nice chase for colelctors as well, there will be a new selection that includes some rare cards with the distinct finish the UD Canvas subset is known for. While the base Canvas cards average 1 in 8 packs, the Canvas Young Guns (1:48 packs), Team Canada Program of Excellence (1:192 packs) and Retired Stars (1:192 packs) cards are all tougher pulls. 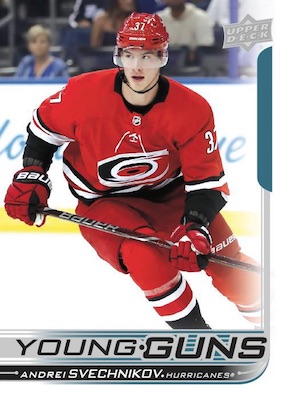 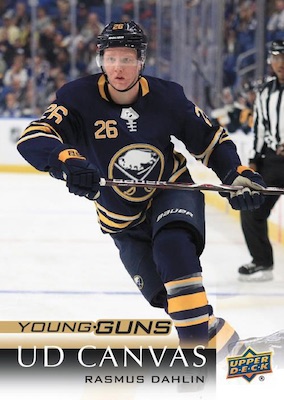 The 2018/19 Upper Deck Series Two Hockey inserts provide some new options for collectors this year. The UD Portraits lineup is all rookies this time, with each player in the 50-card set averaging 1 in 6 packs. These also have Gold (#/99) and Platinum Blue (#/25) parallels. Rookie Breakouts utilize a perosnal favorite of mine clear acetate on a die-cut design! These are numbered out of 100 and are exclusive to hobby boxes. The UD Fluorescence has an updated design and comes in Gold (#/150), Blue (#/50), Green (#/15), and Magenta (#/5) versions. Similar to series one the rarest inserts will be Day with the Cup (1:1,000 packs) and Tricksters (1:463 packs). 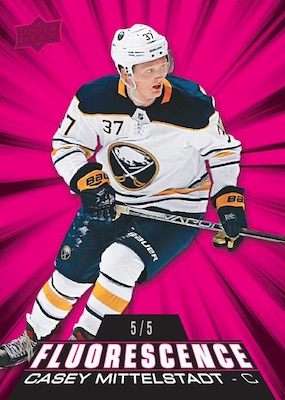 As collectors know, the focus of Series One and Two Hockey is not on the big hits, collectors can still find some nice auto and memorabilia sets. One of the ones to focus on in series two is the all-new Rookie Photoshoot Flashback Materials (1:288 packs), which displays images from the player’s rookie year! The exclusive Rookie Materials cards come in base (1:58 packs) and Patch versions (#/25), while collectors can find stars in the 1,000 Point Club Jerseys (1:864 packs) and 1,000 Point Club Autos (#/10) sets! 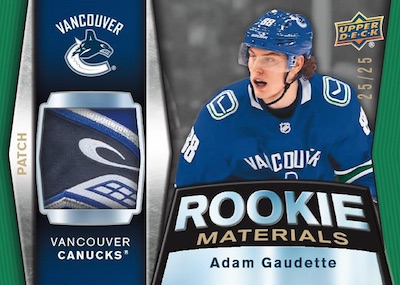 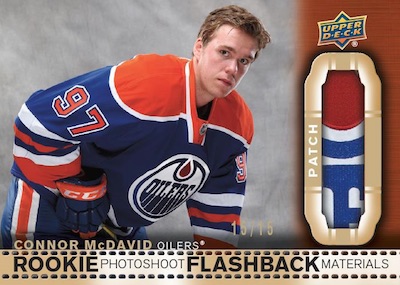 Lock in your presell price today! Boxes and cases are now up on our website! 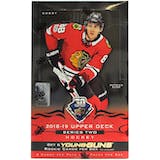 Dave and Adam's is one of the largest sellers of trading cards and collectibles in the world. Located just outside of Buffalo NY, the company operates two retail stores as well as the e-commerce website www.dacardworld.com
View all posts by Dave and Adam's Card World →
Hit Parade Graded Comic debuts Horror Movies Edition Series One!
2018 Hit Parade Autographed Wrestling Three Count Edition Series One now available!