Panini has shared early info on their collector favorite Contenders brand for the upcoming basketball season – one of the early season releases mixing both NBA and college teams together is set to give the hobby an early look at the 2018 NBA Draft class. The big draw once again this year is the six autographs one can find in each box but there is so much more to be had in each hobby box! Let’s take a look at what we can expect come August. 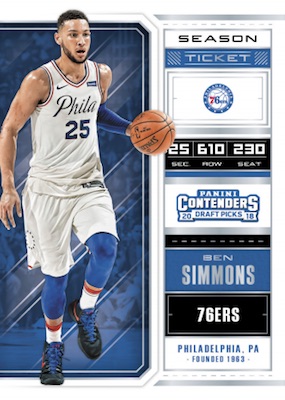 Duplicating a winning formula, the 2018-19 Panini Contenders Draft Picks Basketball checklist begins with 50 current and former NBA stars in the Season Ticket set. These players also have image variations that will fall roughly 35 per box. Inserts combine to fall 30 per box. 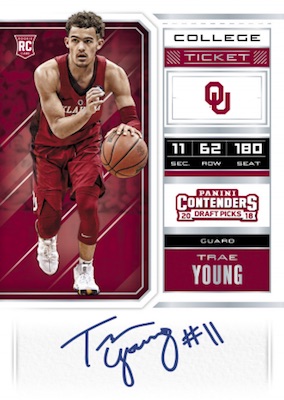 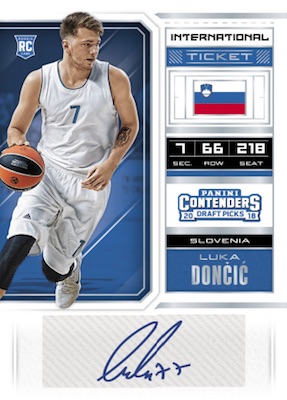 The heart of the Contenders release is the autographed ticket cards, including College Ticket and International Ticket cards. The RPS College Ticket subset is likely to see the most attention as the cards are hard-signed and each player has three image variations. Further, the Ticket cards can be found in low-numbered Draft Ticket (#/99), Cracked Ice Ticket (#/23), Playoff Ticket (#/15), one-of-one Championship Ticket, and one-of-one Printing Plate editions. 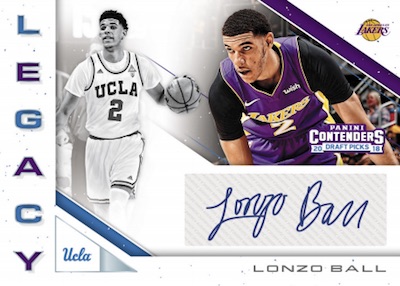 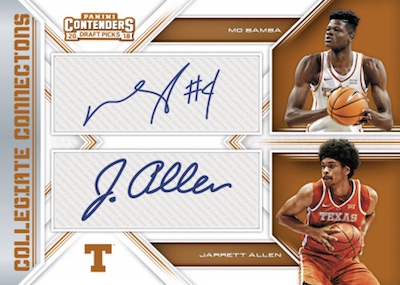 Even more autographs can be found from the Legacy Signatures (featuring a player from both his college and NBA teams) and Turning Pro cards. The Collegiate Connections Signatures set puts two players from the same school on one card with autographs for both. Scheduled for release on August 29th right around the start of training camps opening! Pre-order your boxes and cases today through the links below! 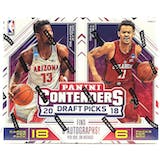 Dave and Adam's is one of the largest sellers of trading cards and collectibles in the world. Located just outside of Buffalo NY, the company operates two retail stores as well as the e-commerce website www.dacardworld.com
View all posts by Dave and Adam's Card World →
They’re not dead yet – Hit Parade Graded Comic The Walking Dead Series Two out next Friday!
Topps Wrapper Redemption Program for the 2018 National