By Dave and Adam's Card World on March 8, 2016 in Sports Card News and New Products, Topps

The biggest hits 2016 Triple Threads are the Deca Threads booklets. These feature ten different relic pieces and are numbered out of ten. Deca Threads Auto Relic feature ten relic swatches from one player plus the player’s signature. Deca Threads Relic Combos and Auto Relic Combos feature swatches from ten different players and auto relic versions include autographs from all ten players depicted on the card. Gold parallel versions are numbered out of five, and Ruby parallels are one-of-ones. 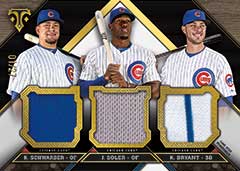 As always there is a diverse in mix of relic cards in Triple Threads that follow theme of the product. Traditional Triple Threads Relics and Relics Legends come with three die-cut swatches and are numbered out of 36. Both sets have five levels of numbered parallels: Silver (#’d to 27), Emerald (#’d to 18), Gold (#’d to 9), Sapphire (#’d to 3) and Ruby (#’d 1/1). Certain current MLB players will have up to three different versions of Triple Threads Relics. 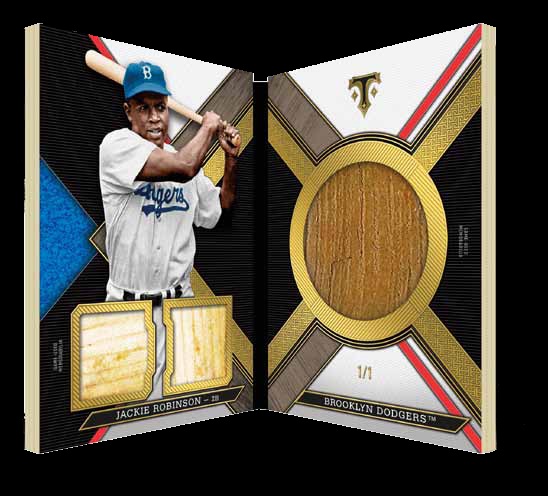 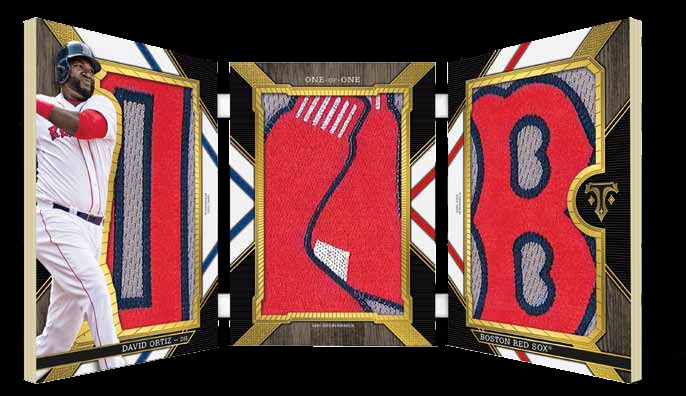 Low-numbered triple relics include Triple Threads Jumbo  Letter/Number/Logos combos that are one-of-one booklets that include a jersey letter and number patches plus a hat logo patch. One of one bat relics come with two patch pieces plus either a baseball bat nameplate or bat knob. Jumbo Patch Combos are one-of-one booklet cards with a jumbo-sized patch relic on each panel. Jumbo Plus Relics and Letter Plus Relics are both booklets numbered out of three. Both come with two patches and either a jumbo patch (Jumbo Plus) or a jersey nameplate latter (Letter Plus). 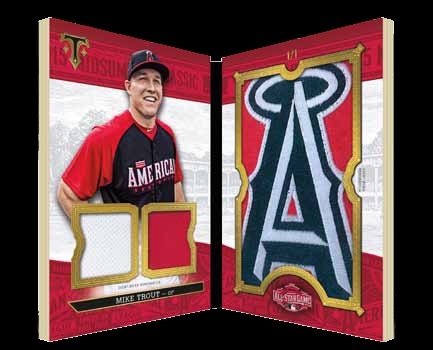 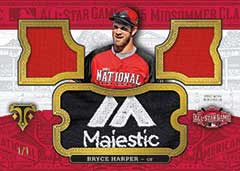 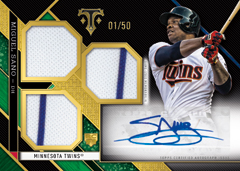 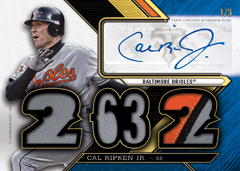 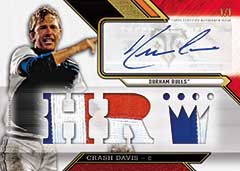 Base Rookies and Future Phenoms Auto Relics come numbered to 99 with three relic swatches and a player signature (some will be on-card). Parallel version are numbered to 75 or less. Triple Threads Auto Relics include three die-cut swatches. These are numbered out of 18 (select players have up to three different variations) with four levels of parallels numbered to nine or less. Auto Relic Combos feature relics and auto from three different players. Base versions are numbered out of 36 with six levels of parallels numbered 27 or less. All three set of triple relic autos have one-of-one Ruby and Wood parallels and one-of-one “White Whale” printing plates. 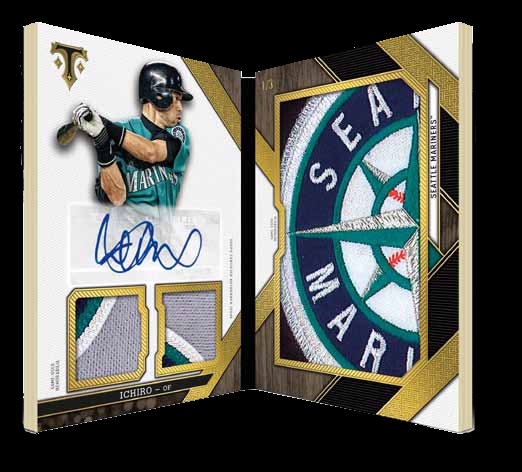 Jumbo Plus and Letter Plus Auto Relics are similar to the relic versions except these include a player autograph. Triple Threads Cut Above Autographs are one-of-one cut signatures cards with a trio of relic swatches. Dual cut autos are in booklet form.

Basic autograph rookie cards will be numbered and some will have on-card signatures. Triple Threads Unity Single Jumbo Relics and Jumbo Auto Relics include a solo jumbo relic swatch, numbered (auto relics #’d to 99, relics #’d to 39) and have five levels of parallels numbered to 27 or less. 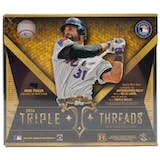 Dave and Adam's is one of the largest sellers of trading cards and collectibles in the world. Located just outside of Buffalo NY, the company operates two retail stores as well as the e-commerce website www.dacardworld.com
View all posts by Dave and Adam's Card World →
2016 Topps WWE Heritage preview
Topps signs Dodgers rookie Kenta Maeda to autograph deal