By Dave and Adam's Card World on March 7, 2016 in Sports Card News and New Products, Topps 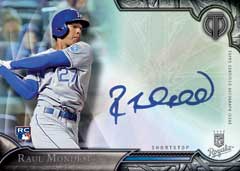 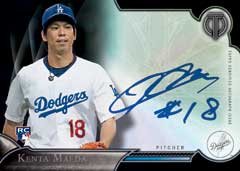 Topps Tribute is picking itself up off the ground and dusting itself off after a problematic 2015 release that was recalled (you can still buy it from DA Card World) due to some autographs being smudged or damaged. Despite the issues 2015 Tribute still had some amazing signatures and relics that came out just fine.

2016 Topps Tribute Baseball will come with three numbered autograph cards, three numbered relic cards and a numbered base parallel in every box. Many of the autograph and base cards in 2016 Tribute will have  brand new, one-of-one Tribute SuperFractor parallels printed on Chromax technology. 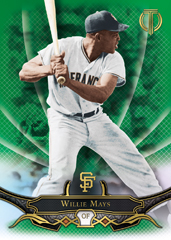 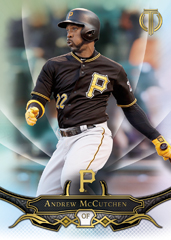 The base set will feature current and retired stars plus ten top rookie players (2 rookies per case). All base cards have four levels of numbered parallels: Purple, Red (#’d to 5), Black (#’d 1/1) and SuperFractor (#’d 1/1) plus one-of-one printing plates. Veteran and retired players also have Green numbered parallel versions. 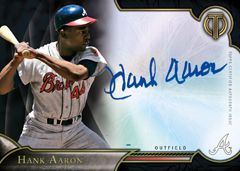 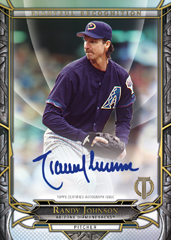 Tribute Autograph cards feature a horizontal design and come numbered with an on-card signature. These have seven different levels of parallels plus one-of-one printing plates. Foundations of Greatness and Rightful Recognition autographs go hand in hand with the same players appearing in both sets. When combined that cards from each set will show how a player has progressed from the start of their career to today. Both sets have five levels of numbered parallels and printing plates.

Ageless Accolades pay tribute to former MVP players with a die-cut design printed on plastic. Base versions are numbered along with Red (#’d to 5) and Black (#’d 1/1) parallel versions. 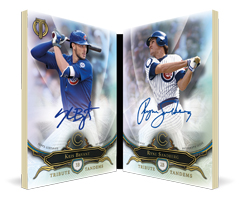 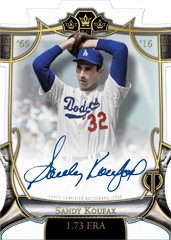 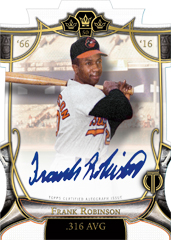 2016 Tribute has two new special autograph sets, Tribute Tandems Book Cards and Triple Crown Memories. Tandems book cards pair up teammates or players that have other shared qualities and are numbered to 25. Triple Crown Memories honor the 50th anniversary of Frank Robinson and Sandy Koufax capturing Triple Crown awards in 1966. Both sets have Red (#’d to 5) and Black (#’d 1/1) parallels. 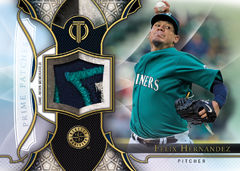 Relic cards are numbered as well. Tribute Relics are basic memorabilia cards with a typical-sized swatch. Stamp of Approval come with die-cut jumbo-sized relic pieces and an MLB Authenticated sticker. Both sets have six levels of numbered parallel versions to chase. Prime Patches can be found of both current and retired stars. Milestone Relics contain pieces of authenticated game-used baseballs from games where a player has reached a milestone. Base versions are numbered out of ten, plus there are one-of-one Black Jumbo autographed parallel versions. 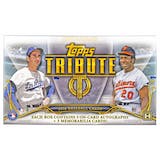 Dave and Adam's is one of the largest sellers of trading cards and collectibles in the world. Located just outside of Buffalo NY, the company operates two retail stores as well as the e-commerce website www.dacardworld.com
View all posts by Dave and Adam's Card World →
Dave & Adam’s & Upper Deck team up for exclusive Jack Eichel rookie card
2015-16 Panini Noir Basketball preview