By Dave and Adam's Card World on September 24, 2015 in Sports Card News and New Products, Topps

Topps’s yearly salute to the start of the new baseball season, 2016 Opening Day Baseball, give collectors a fun and inexpensive way to bust some packs featuring their favorite MLB players. 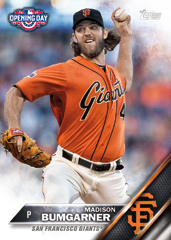 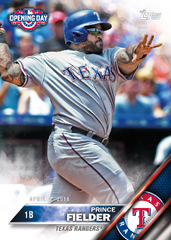 The base set is made of 200 rookies and veteran players, including 75 preview cards of 2016 Topps Baseball  Series 2. Opening Day Edition parallels are printed on foilboard and numbered out of 2016. Each card is stamped with the date for MLB Opening Day. Much rarer are the Opening Day 1/1 Edition parallels, which come with a special black border. Each card in the set also has four one-of-one printing plates available. 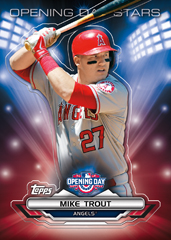 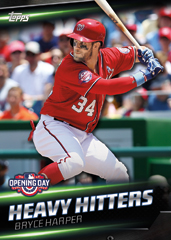 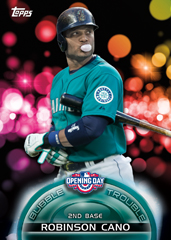 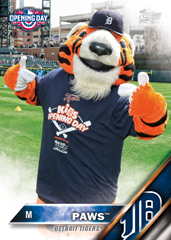 2016 Opening Day has seven different inserts to collect along side the base set. New for 2016 are Alternate Reality, which feature players wearing the alternate jersey of their respective club. Heavy Hitters showcases 15 different MLB sluggers. Striking Distance highlight players that should career records or milestone during the upcoming 2016 season. On the lighter side are Bubble Trouble inserts, which show off players that are masterful at bubble gum blowing. Returning inserts for 2016 include Super Celebrations, team Mascot cards and Opening Day Stars sticker cards. 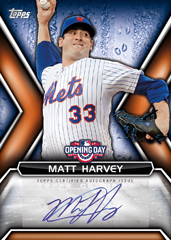 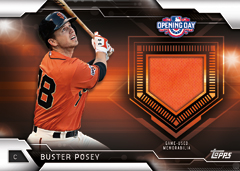 While not the focus of the product, there are some autograph and relic cards in Opening Day. Autographed card are available of both players and team mascots. Ten players have Opening Day Relic cards featuring uniform swatches or pieces of game-used bats. 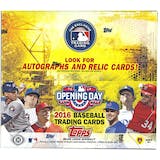 Dave and Adam's is one of the largest sellers of trading cards and collectibles in the world. Located just outside of Buffalo NY, the company operates two retail stores as well as the e-commerce website www.dacardworld.com
View all posts by Dave and Adam's Card World →
2015-16 Upper Deck Full Force Hockey preview
2015-16 Panini Court Kings Basketball preview