By Dave and Adam's Card World on September 10, 2015 in Sports Card News and New Products, Topps

Topps is continuing the tradition of honoring its past with 2016 Heritage Baseball. We have reached the year 1967 in Heritage’s progression through Topps’s early baseball sets (the first Heritage set in 2001 started with the 1952 Topps design) with a player image, the player’s name and position at the top of the card, the player’s team name in colored block letters on the bottom and a printed player signature just above the team name. 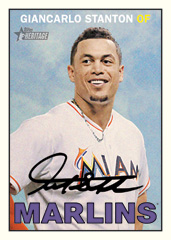 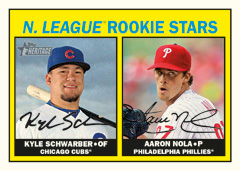 The base set features a total 500 cards with 425 regular base cards plus 75 high-numbered short prints. Variations of the base set include Throwback Uniforms, Action Images and Team Name Color variations. There are three sets of parallel cards to chase as well. All 500 base cards have a Red Back parallel versions plus 100 Mini cards numbered out of 100 and 100 Chrome cards. The Chrome sets comes in four different levels: Chrome Refractor (#’d to 567), Black-Bordered (#’d to 67), Gold-Bordered (#’d to 5) and Hot Box Refractors found only in hot boxes. 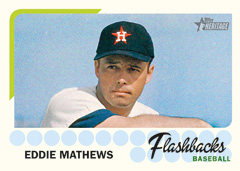 2016 Heritage has four sets of inserts cards to collect. New Age Performers highlights current players that have outshined those that have come before them. Then and Now compares and contrasts players from 1967 to today’s players. Baseball Flashbacks recalls ten memorable moments from the 1967 MLB season. News Flashbacks recalls ten newsworthy moments from around the globe in 1967. 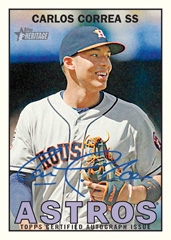 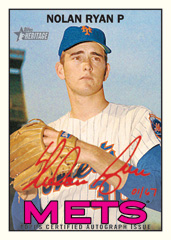 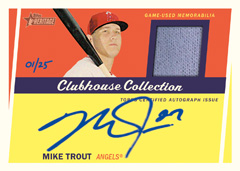 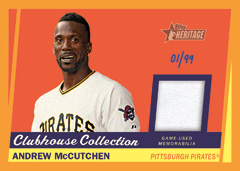 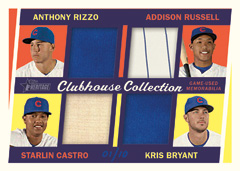 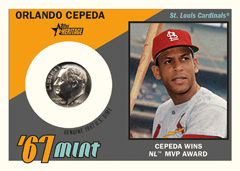 Hobby boxes of 2016 Topps Heritage Baseball come packed with a box loader that can be either an Ad Panel three-card strip, original 1967 Topps cards with a special foil stamp, a posted using the 1967 Topps design or a Punch-Outs card using the design from the 1967 Topps Punch-Outs game. Find signed versions of 1967 posters numbered out of ten or jumbo patch (#’d to 25), autograph (#’d to 10) and jumbo patch auto (#’d to 10) parallel versions of Punch-Out cards. 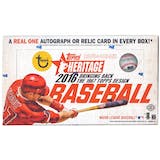 Dave and Adam's is one of the largest sellers of trading cards and collectibles in the world. Located just outside of Buffalo NY, the company operates two retail stores as well as the e-commerce website www.dacardworld.com
View all posts by Dave and Adam's Card World →
#DACWPulls: Spectra 1/1s and Mariota Madness
Dave & Adam’s “Leaders of the Pack” – Week 1