By Dave and Adam's Card World on February 1, 2016 in Bowman, Sports Card News and New Products

2016 Bowman Inception Baseball will once again give collectors a chance to land autographs of some of the top young stars in Major League Baseball with uniquely designed cards. The 2016 edition will feature more veteran autographs and low-numbered autographs than previous Inception releases. Boxes of Inception will contain four autographs and one autographed memorabilia card per five-card box. 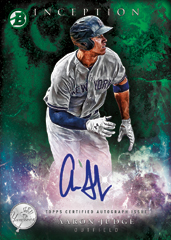 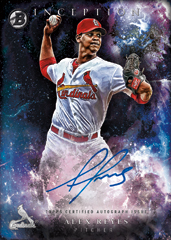 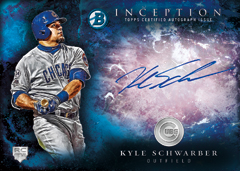 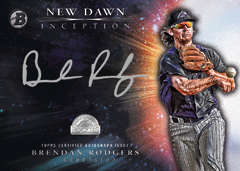 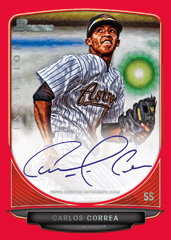 New autograph content in 2016 Bowman Inception includes New Dawn Continuity Autographs that feature on-card signatures from top prospects with a card design that will be exclusive to Inception. New Dawn autos will be numbered with one-of-one Red parallels. Inceptionized Bowman Veteran autographs goes back in time to recreate the first Bowman cards of select MLB veteran stars complete with an on-card signature. The cards will be numbered, printed on a thicker stock and feature an “Inception-enhanced” design. Orange parallels will be numbered five and Red parallels will be one-of-ones. 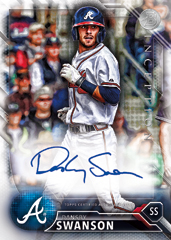 Similar to the Bowman Veteran autos, Inceptionized Bowman Prospect autographs will feature the 2016 Bowman cards of select prospects that are tricked out in the Inception style. These will land one per case and are numbered with three levels of parallels numbered to 25 or less. Origins Autographs provide additional autographs of MLB veterans, rookies and prospects. 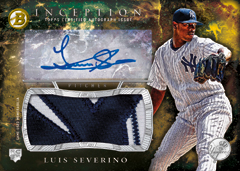 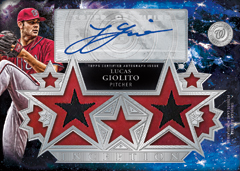 Dave and Adam's is one of the largest sellers of trading cards and collectibles in the world. Located just outside of Buffalo NY, the company operates two retail stores as well as the e-commerce website www.dacardworld.com
View all posts by Dave and Adam's Card World →
2015 Topps Fire Football preview
2016 Topps WWE Undisputed preview