By Dave and Adam's Card World on January 21, 2016 in Sports Card News and New Products, Topps 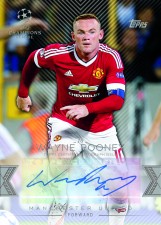 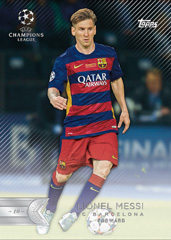 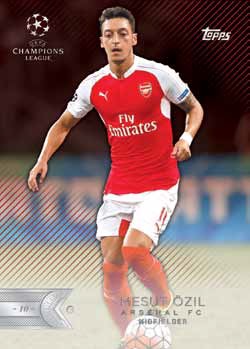 The 200-card base set will include some of the top soccer players in the world, including Lionel Messi, Cristiano Ronaldo and Neymar. Base cards will have five levels of numbered parallels: Green, Gold, Red (#’d to 25), Black (#’d to 5) and Champions (#’d 1/1) plus one-of-one printing plates. 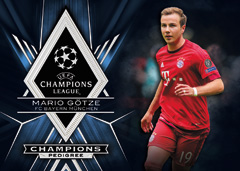 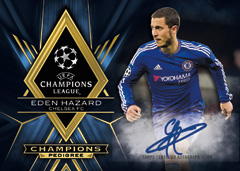 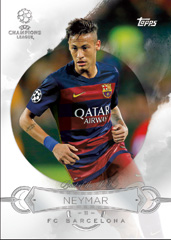 In addition to the base set are sets of inserts. Decorated and Dignified, which salutes UEFA team captains, has three levels of parallels numbered to 25 or less. Champions Pedigree highlight player that have won league titles. Both Decorated & Dignified and Champions Pedigree have autographed versions available, including one-of-one Champions parallels. Road to Victory inserts pay tribute to FC Barcelona’s march to the UEFA championship in 2014-15. Cases of UEFA Champions League Showcase will come with two Best of the Best numbered inserts. These feature the top players in the world, and have three levels of parallels numbered to 25 or less. 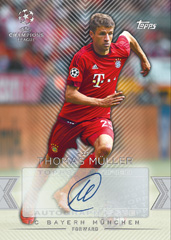 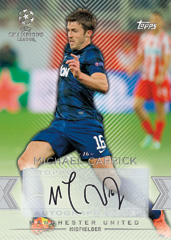 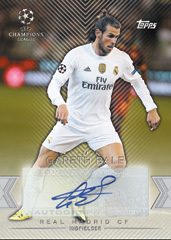 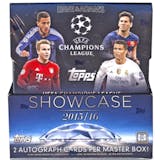 Dave and Adam's is one of the largest sellers of trading cards and collectibles in the world. Located just outside of Buffalo NY, the company operates two retail stores as well as the e-commerce website www.dacardworld.com
View all posts by Dave and Adam's Card World →
Dave & Adam’s to be at NHL All-Star Fan Fair in Nashville
2015-16 Upper Deck NHL Star Rookies box set preview