By Dave and Adam's Card World on April 13, 2015 in Sports Card News and New Products, Topps 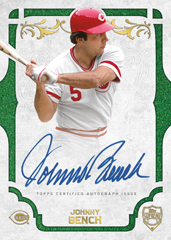 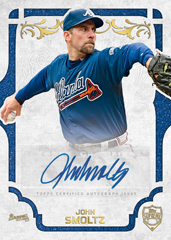 Basic autograph cards feature both current and retired stars. Topps has created a layered design to give the cards a nice look. Autograph cards will have four levels of numbered parallels: Green, Orange (#’d to 25), Red (#’d to 5) and Supreme (#’d 1/1),  plus one-of-one printing plates.

Simply Supreme Autographs turns the signature action on its side with a horizontal design. These will also have the same array of parallels and printing plates.

Supreme Styling Autographs will land one per case with a signature on acetate. Look for Red parallels numbered to five and one-of-one Supreme parallels. 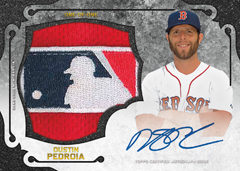 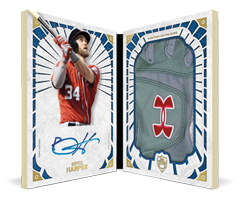 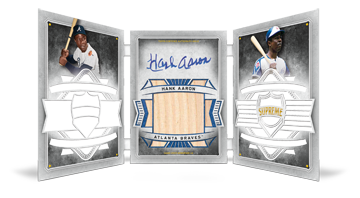 Topps Supreme also makes use of some stunning booklet cards. Touch of the Game booklets include a signature as well as a jumbo-piece of a game-used batting glove. Supreme Scope Autograph Relic books open up with three panels that includes a jumbo-sized relic. Basic versions are numbered and there are also one-of-one patch parallels.

Dave and Adam's is one of the largest sellers of trading cards and collectibles in the world. Located just outside of Buffalo NY, the company operates two retail stores as well as the e-commerce website www.dacardworld.com
View all posts by Dave and Adam's Card World →
Dave & Adam’s to be at Megacon this weekend
Hit Parade keeps making laps; Racing Series 3 now available