By Dave and Adam's Card World on June 23, 2015 in Sports Card News and New Products, Topps

Topps brought back the Stadium Club brand back in 2014 complete with its unique, full-bleed images. Thanks to the successful relaunch, Stadium Club will return in 2015,  but with a few tweaks. Topps has ditched the master box/mini box configuration for the traditional pack format with eight cards, including one parallel or insert per pack. Boxes will have two autograph cards with on-card signatures. 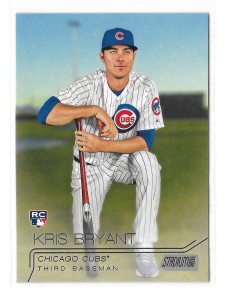 UPDATE (June 23): 2015 Stadium Club will have Kris Bryant rookie cards and autographs. Bryant is off to a phenomenal start with the Cubs this season with ten home run and 42 RBIs in his first 60 games. DACW Live has added a group case break of Stadium Club for when it’s released on Wednesday, June 24. 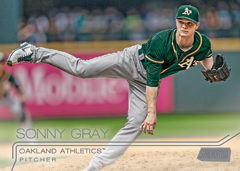 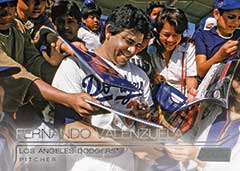 2015 Topps Stadium Club Baseball will have 300 base cards with the classic full-bleed photography that the brand is famous for. Once again Topps will include both current and retired players in the set. Parallels will include Gold Foil (1 per box), White Foil (2 per box), Black & White Foil (hobby exclusive 1:3 boxes), Foilboard (#’d to 25) and Members Only (1 per case). 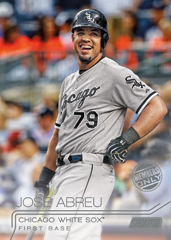 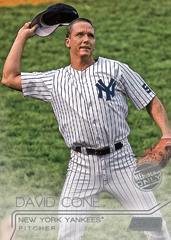 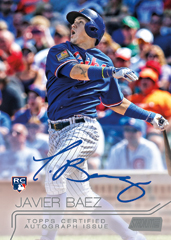 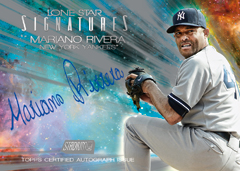 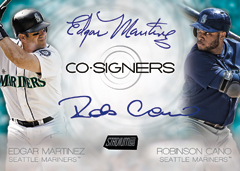 Topps has included buyback cards from 1992 Stadium Club set in hobby boxes. Buyback cards are autographed by the player, include a special foil stamp and are numbered to five.

2015 Stadium Club also has a wide array of insert sets. True Colors commemorates clutch performances by star players and fall one per box. Refractor parallels can be found in one of four boxes, Gold Refractors are a special case hit and Electric Refractors are numbered to 25. Look for special autographed versions numbered to five as well. 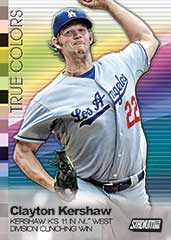 Legends Die Cuts also land one per box and showcase ten former greats of the diamond in a die-cut design. Crystal Ball is a hobby exclusive with one card per case featuring one of ten young stars. Special holographic Instavision insert cards land two per case. All three insert sets have Gold Foil parallels that are numbered to 25.

A brand new, two per box insert is Contact Sheet. This is a photo contact sheet card with multiple images. A total of 25 players will be part of this set with three levels of parallels: White Foil (#’d to 99), Gold Foil (#’d to 50) and Orange Foil (#’d to 25).

Topps has brought back the popular Triumvirates inserts with ten different collections of three interlocking die-cut cards. There are three versions of every card in the set, including Luminous (1 per box), Luminescent (1:4 boxes) and Illuminator (1 per case). 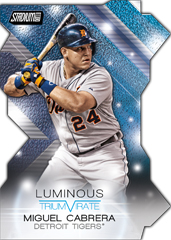 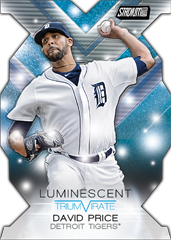 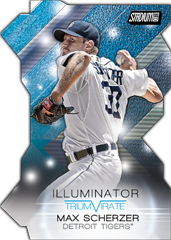 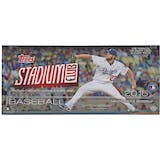 Dave and Adam's is one of the largest sellers of trading cards and collectibles in the world. Located just outside of Buffalo NY, the company operates two retail stores as well as the e-commerce website www.dacardworld.com
View all posts by Dave and Adam's Card World →
2015 Panini Clear Vision Football preview
PSA announces giveaways for the National