By Dave and Adam's Card World on August 3, 2015 in Sports Card News and New Products, Topps

Whenever Topps opens the door to their Museum you know you are in for a treat. This is the case once again for 2015 Topps Museum Collection Football, which looks to have a great lineup of eye-catching relics and gorgeous autographs. Hobby boxes will come with one on-card autograph, one auto relic, a quad relic and a jumbo relic. 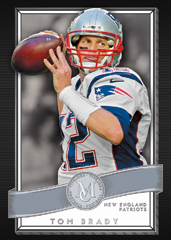 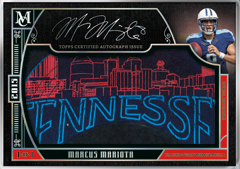 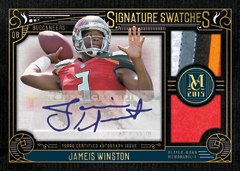 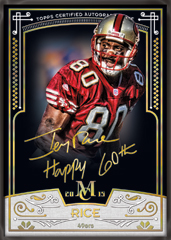 Signature Series autograph cards feature a checklist of 50 different players that include rookies, veterans, retired greats of the game. All come with on-card signatures. There are six levels of numbered parallels: Cooper (#’d to 50), Gold (#’d to 25), Silver Ink (#’d to 5), Gold Ink (#’d to 5), Emerald (#’d 1/1) and 60th Anniversary (#’d to 1/1). Museum Collection Framed autographs are available for 35 players and include an on-card signature. Parallel versions come with a special-colored frame and ink (Silver frame and ink #’d, Gold frame and ink #’d to 10, Black frame with Silver ink #’d 1/1, 60th Anniversary with gold ink #’d 1/1) 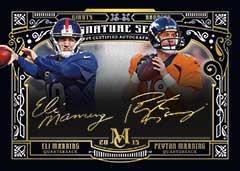 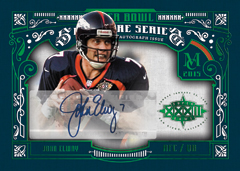 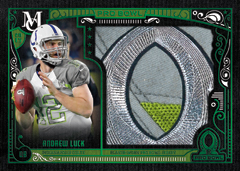 Quad relics include Rookie Quad Relics with three jersey swatches and a patch piece and Combo Quad Relics with swatches from four different players. Parallel version for both include Copper (#’d), Gold (all patches, #’d to 25) and Emerald (all multicolor patches, #’d 1/1). Museum Pro Bowl Quad relics come with three Pro Bowl jersey swatches and a patch. Parallel versions come with all multicolor patch pieces and are numbered to ten or less. 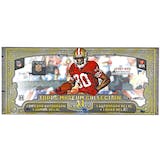 Dave and Adam's is one of the largest sellers of trading cards and collectibles in the world. Located just outside of Buffalo NY, the company operates two retail stores as well as the e-commerce website www.dacardworld.com
View all posts by Dave and Adam's Card World →
2015 Topps Strata Baseball preview
2015 Donruss Football preview