By Dave and Adam's Card World on April 30, 2015 in Sports Card News and New Products, Topps

Just a day after we put out our preview for 2015 Topps High Tek Baseball, Topps has announced they will be releasing 2015 High Tek Football this December. High Tek Football is very similar to its baseball counterpart, which had a successful relaunch in 2014, with cards printed on clear acetate with unique background designs. Boxes will come with one eight-card pack that contain an autograph, a base parallel and six base cards. 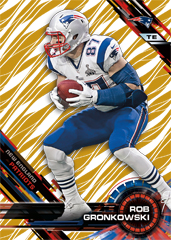 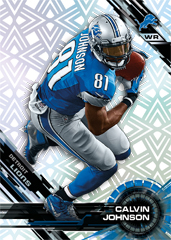 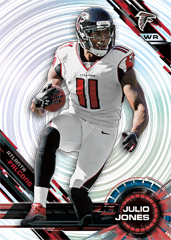 One interesting twist for the High Tek Football base set will be Retro Uniform Short Prints. These are numbered to 50 and feature ten different players wearing a vintage uniform. Retro short prints will have Red Orbit Diffractor (#’d to 5) and Black Galactic Diffractor (#’d 1/1) parallels available as well. 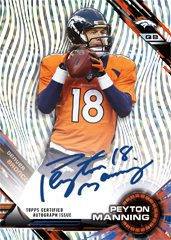 Autograph versions of the base cards feature on-card signatures. There are five levels of numbered parallels for the autograph cards plus one-of-one printing proofs. 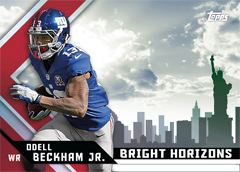 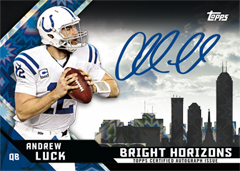 2015 High Tek Football features the same insert sets as High Tek Baseball. Bright Horizons Autographs feature a horizontal design with a foil city landscape in the background that relates to the player pictured. DramaTEK Performers brings an insert from 2000 High Tek Baseball to the gridiron and highlights the game’s top players. Low Tek Diffractors feature a design similar to the ones found in 2014 High Tek Baseball. 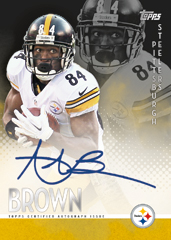 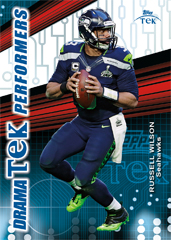 Dave and Adam's is one of the largest sellers of trading cards and collectibles in the world. Located just outside of Buffalo NY, the company operates two retail stores as well as the e-commerce website www.dacardworld.com
View all posts by Dave and Adam's Card World →
Dave & Adam’s headed for Toronto Sportscard Expo this weekend
2015-16 Upper Deck O-Pee-Chee Hockey preview