By Dave and Adam's Card World on May 11, 2015 in Sports Card News and New Products, Topps 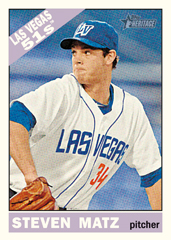 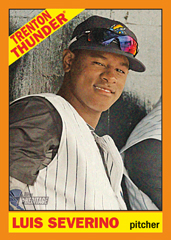 Just like its Major League counterpart, Heritage Minor League Edition takes its look from 1966 Topps Baseball. All 200 base cards plus 25 short prints use the same design from the 1966 set. The base set also has four levels of parallels, including new Gum Damaged versions that look they came from a wax pack with a stick of gum inside. Look for Blue, Orange (#’d to 25) and Black-bordered (#’d 1/1) parallels as well as one-of-one printing plates. 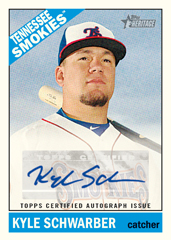 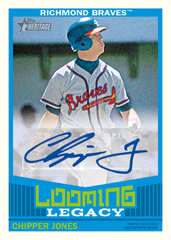 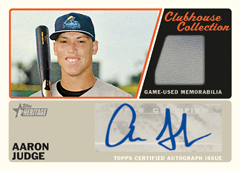 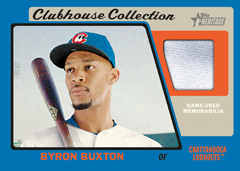 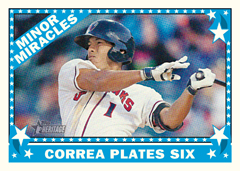 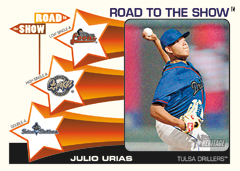 Minor Miracle is a new insert set in 2015 Heritage Minor League edition. These commemorate impressive performances from the 2014 season in MiLB. Road to the Show inserts track the path taken by players in MiLB on their way to the big leagues.

Dave and Adam's is one of the largest sellers of trading cards and collectibles in the world. Located just outside of Buffalo NY, the company operates two retail stores as well as the e-commerce website www.dacardworld.com
View all posts by Dave and Adam's Card World →
Leaf releases first licensed cards of prospect Yoan Moncada
Easy as ACBC; Dave & Adam’s exhibiting at Atlantic City Boardwalk Con