By Dave and Adam's Card World on May 6, 2015 in Sports Card News and New Products, Topps

Topps brings back the ultra high-end Dyansty brand for a second season this November. Every card in 2015 Dynasty Baseball is slabbed, numbered to ten or less and comes with an on-card or cut signature. 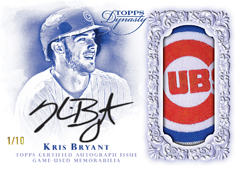 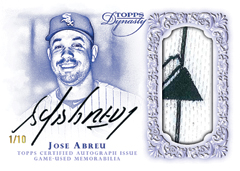 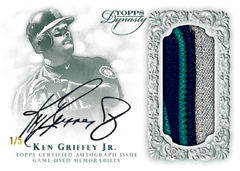 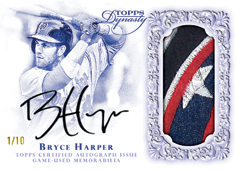 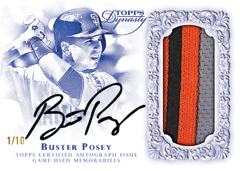 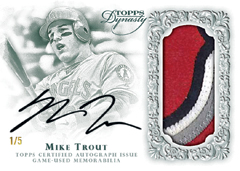 Autographed Patches make up the bulk of the set, featuring veterans, rookies and retired players. Base versions are numbered to ten with parallels numbered to five and one-of-one. 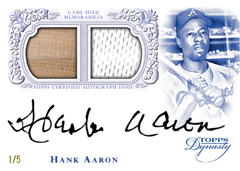 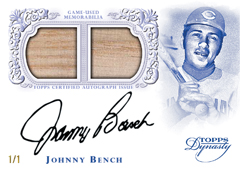 Retired legends of the game also appear on Autographed Dual Relic Greats. These feature two relic pieces and an on-card autograph. Cards are numbered to five with possibility of finding a one-of-one parallel. 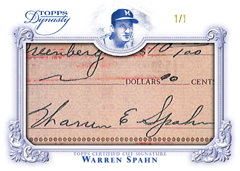 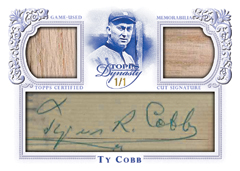 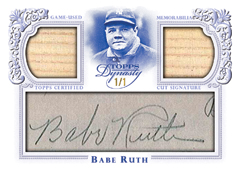 Players that are no longer with us are represented with one-of-one Cut Signatures. Roberto Clemente, Ty Cobb, Joe DiMaggio, Lou Gehrig and Jackie Robinson are among the legends that appear. There are also ten Cut Signature Dual Relic Legends that add a pair of memorabilia pieces to the cut auto. 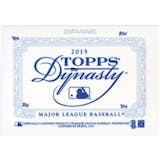 Dave and Adam's is one of the largest sellers of trading cards and collectibles in the world. Located just outside of Buffalo NY, the company operates two retail stores as well as the e-commerce website www.dacardworld.com
View all posts by Dave and Adam's Card World →
Cryptozoic to end direct to consumer sales; products available at DA Cardworld
2015 Topps Valor Football preview