By Dave and Adam's Card World on February 9, 2015 in Leaf, Sports Card News and New Products

Leaf will once again give football collectors a chance to grab autograph cards of 2015 NFL draft prospects before they’re picked. 2015 Leaf Metal Draft Football releases this March and comes with four signed cards per box. Base Autographs feature the player on a metallic background along with the signatures.

2015 Leaf Metal Draft Football has a solid checklist of some of the top names in this year’s class of draft prospects. The list includes: Jameis Winston, Marcus Mariota, Amari Cooper, Todd Gurley, Melvin Gordon, Brett Hundley and Bryce Petty. There will be at least one autograph card of Mariota and Winston per case. A total of 350 cases have been produced.

The base set is complimented by a handful of insert sets. State Pride Autographs replace the colored background with one using the state flag of where the athlete played college football. Touchdown Kings highlight offensive players on a die-cut design. Award Winners salutes players that were recognized for their play in college. Armed and Dangerous features quarterback prospects. Flashback Autographs showcases prospects using the design from 2014 Leaf Metal Draft. These players were good enough to have been selected in last year’s draft. Base cards and inserts will have multiple levels of numbered parallels. 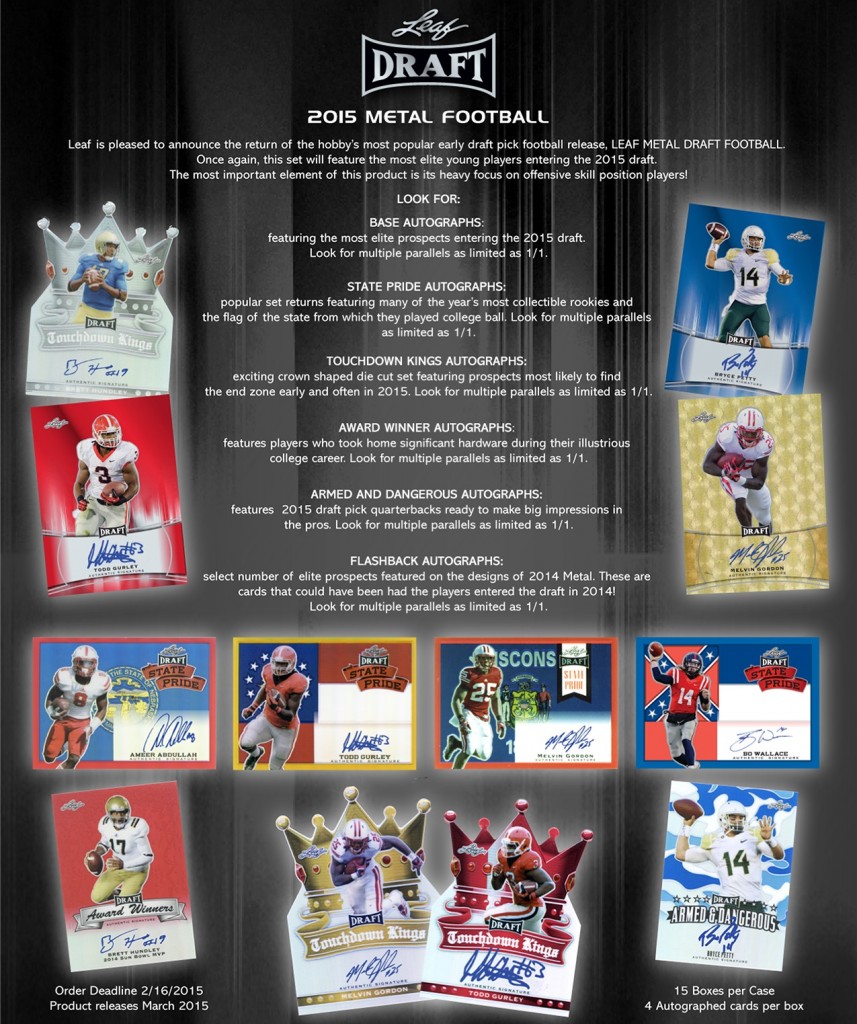 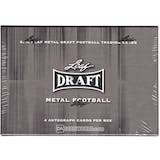 Dave and Adam's is one of the largest sellers of trading cards and collectibles in the world. Located just outside of Buffalo NY, the company operates two retail stores as well as the e-commerce website www.dacardworld.com
View all posts by Dave and Adam's Card World →
#DACWPulls: DACW Live scores with MacKinnon RPA
Dave & Adam’s “Hockey Card Day” with the Buffalo Sabres