By Dave and Adam's Card World on June 15, 2015 in Bowman, Sports Card News and New Products

2015 Bowman’s Best Baseball marks the triumphant return to the hobby of a brand that hasn’t been seen as it’s own set since 2007. Bowman’s Best was first released back in 1994 and appeared every year though 2005. It went missing in 2006, before making a brief reappearance in 2007. Boxes will come with four autograph cards with both on-card and sticker signatures. 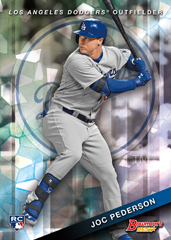 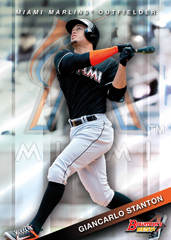 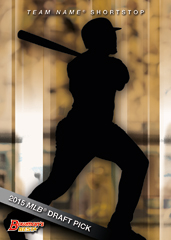 The base set will cover the top veteran, rookies and prospects in MLB, and will be printed using a chrome finish. Refractor parallels include Atomic Refractor that land one per master box. Numbered parallels include: Green, Gold, Orange (#’d to 25), Red (#’d to 5) and SuperFractor (#’d 1/1). 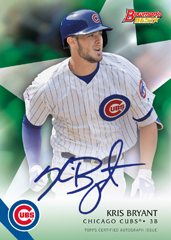 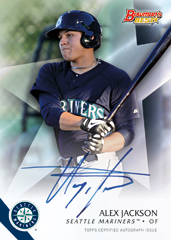 Best of 2015 Autograph cards features a checklist and collection of numbered parallels similar to the base set. 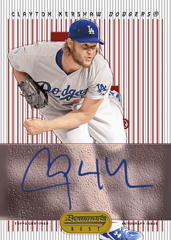 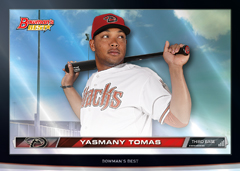 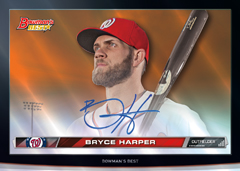 Hi-Def Heritage brings the classic 1955 Bowman Baseball design into the 21st century in honor of its 60th anniversary. The original wood-paneled TV frame from 1955 has been updated to a modern high-definition television and showcases today’s top stars. Parallel versions include case-hit Atomic Refractors, Orange Refractor (#’d to 25), Red Refractor (#’d to 5), SuperFractor (#’d 1/1) and autographed parallels that have on-card signatures. 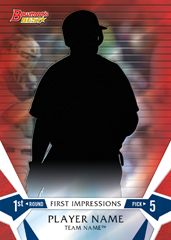 First Impressions highlight first round picks from the 2015 MLB Draft. Parallels of First Impressions are similar to the ones for Hi-Def Heritage plus one-of-one SuperFractor Autograph parallels.

2015 Bowman’s Best is due out this December 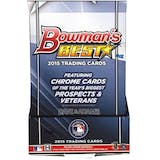 Dave and Adam's is one of the largest sellers of trading cards and collectibles in the world. Located just outside of Buffalo NY, the company operates two retail stores as well as the e-commerce website www.dacardworld.com
View all posts by Dave and Adam's Card World →
2015 Topps Platinum Football preview
2014-15 Panini Preferred Basketball preview