By Dave and Adam's Card World on June 3, 2015 in Sports Card News and New Products, Topps

Bowman will kick off the 2015 NFL season this June, long before teams even set foot at training camp, with the release of 2015 Bowman Football. Bowman Football will be the first chance to get the first official NFL rookie cards of the 2015 draft class, which will likely include Heisman Trophy winner Marcus Mariota, Jameis Winston and Amari Cooper. Hobby boxes will include four rookie autographs with on-card signatures and one veteran relic. 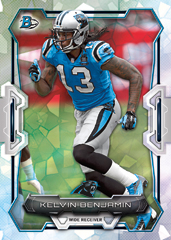 2015 Bowman Football will have up to 80 different players featured on Rookie Chrome Refractor Autograph cards with on-card autographs. Chrome Refractors auto have seven different levels of parallels (five are hobby exclusive) plus one-of-one printing plates. Players that have Refractors autos will also sign Bowman Mini cards that use the 1948 Bowman design. Look for special Red Ink Mini Card parallels numbered to five. All rookie players in 2015 Bowman Football will have an unsigned Bowman Mini Card with one mini card per pack. UPDATE 6/3: Topps has announced that all autos will be live, and there are no redemptions in the product. 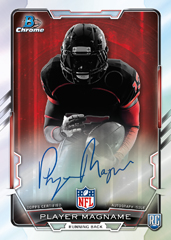 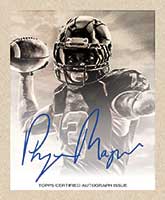 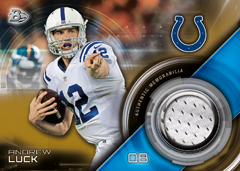 Up to 50 top veteran players will be featured on Bowman Die Cut cards. Die-cut cards are printed on foilboard and fall three per box. Look for numbered Blue parallel die-cut cards and one-of-one Red parallels. There are also autographed parallels for about 15 players. 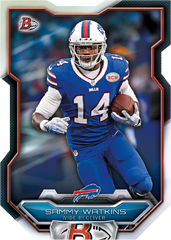 Topps has included a yet to be determined amount of autograph cards from the 2012 Under Armour All-America Game in 2015 Bowman Football. Jameis Winston, Amari Cooper, Deion Sanders, Jr., Trey Griffey (son of Ken Griffey, Jr.) and Chad Kelly (nephew of Jim Kelly) were among the prospects that played in that game. 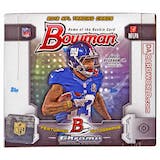 Dave and Adam's is one of the largest sellers of trading cards and collectibles in the world. Located just outside of Buffalo NY, the company operates two retail stores as well as the e-commerce website www.dacardworld.com
View all posts by Dave and Adam's Card World →
2015 Leaf Signature Series Hockey preview
Origins Game Fair & Special Edition NYC on tap for Dave & Adam’s this weekend