The 2015-16 NHL season should be an exciting one for hockey collectors. With a rookie class that potentially has the star power to match the fabled Crosby/Ovechkin class of 05-06, it is going to be fun chasing autographs and jersey cards of the first year players.

That group of rookies will be led by the player that is the overwhelming favorite to be the number one overall pick, Connor McDavid. McDavid has been tearing up his junior hockey league, and is pretty much a lock to go first in the draft this June. Certain NHL teams have been “positioning” themselves in the standing to have a chance to land the first overall selection in the draft lottery in order to take him.

The first NHL licensed hockey card of McDavid (unless some NHL general manager loses their mind and drafts someone else first overall) will be available in the first release of the new season, 2015-16 Upper Deck MVP Hockey. It will be in the form of a redemption as McDavid will not have played his first NHL game by the time MVP is released. The 2015 No. 1 Pick Redemption card won’t be easy to land (1:960 packs), and the autograph variation will be even rarer (1:9600 packs).

In addition to the No. 1 Pick redemption, MVP Hockey has four different 8-card packs to that can be obtained through redemptions as well. The four different packs represent the four NHL divisions, with each pack containing eight rookie cards of players from the same division. 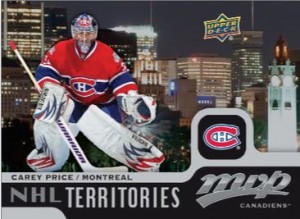 The base set for 2015-16 Upper Deck MVP Hockey features 200 regular cards plus 50 NHL Territories Light F/X inserts. There are a total of 100 high-numbered short prints, including 25 rookies, that fall one per pack. 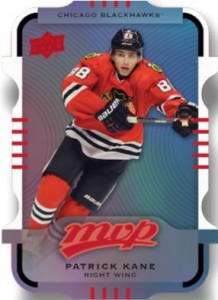 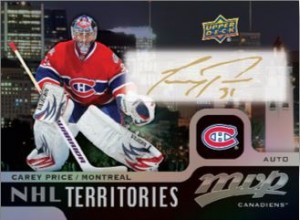 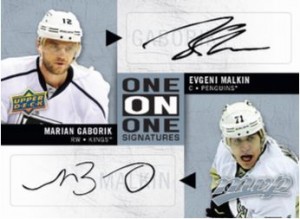 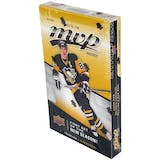 Dave and Adam's is one of the largest sellers of trading cards and collectibles in the world. Located just outside of Buffalo NY, the company operates two retail stores as well as the e-commerce website www.dacardworld.com
View all posts by Dave and Adam's Card World →
#DACWPulls: Heavy Hitters break delivers
Panini prepares first two College-themed football releases