2015-16 Upper Deck Contours Hockey is the newest addition to the UD Hockey lineup. Contours has an emphasis on die-cut cards, including die-cut base parallel and memorabilia cards. Every four-pack box will come with one autograph or memorabilia hit per pack plus one numbered parallel or Rookie Resume card per pack. 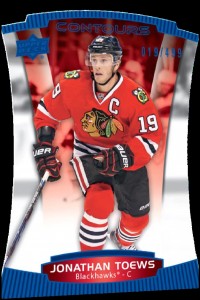 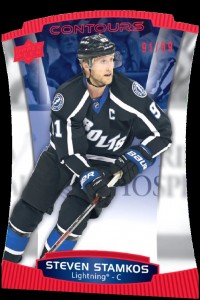 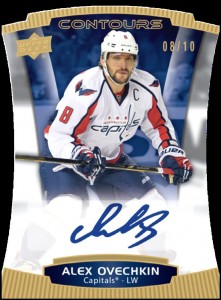 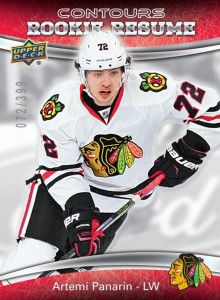 In addition to the base set there are Contours Rookie Resume cards numbered out of 399. These will likely feature many of the members of the high-profile 2015-16 rookie class, including Connor McDavid, Jack Eichel, Dylan Larkin, Max Domi and Artemi Panarin. Special Rookie Resume parallels will be numbered out of 99 with signed versions found in one out of every eight packs. 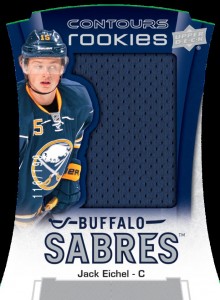 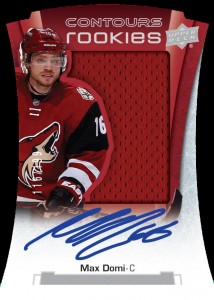 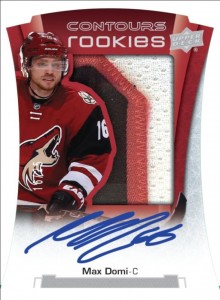 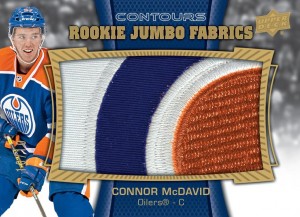 Rookie Jumbo Fabrics with large-sized swatches are found in one out of eight packs with jumbo patch versions numbered out of ten. 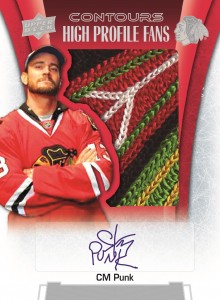 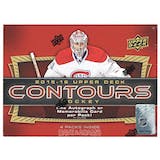 Dave and Adam's is one of the largest sellers of trading cards and collectibles in the world. Located just outside of Buffalo NY, the company operates two retail stores as well as the e-commerce website www.dacardworld.com
View all posts by Dave and Adam's Card World →
2015-16 Hit Parade Autographed Basketball Jersey Hobby Box Series 1 preview
2015-16 Upper Deck Fleer Showcase Hockey preview