Upper Deck has shined up Black Diamond Hockey for the 2015-16 NHL season. It will be released as a high-end product for the first time ever with one hit filled five-card pack per box. 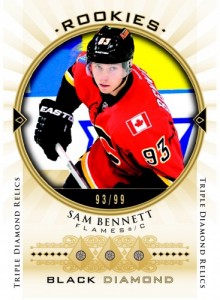 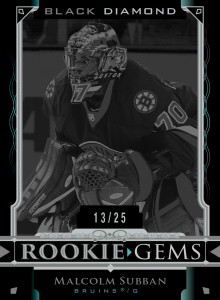 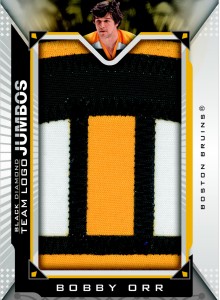 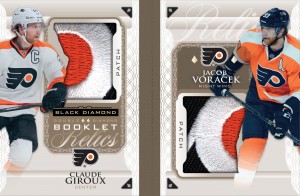 2015-16 Black Diamond has a variety of additional signed cards and memorabilia cards. Upper Deck continues its recent trend of including some phenomenal jumbo-sized patch cards with Team Logo Jumbos. These will have three levels of numbered parallel versions: Black Diamond (#’d to 15), Upper Deck (#’d to 5) and NHL Shield Logo (#’d 1/1). Double Diamond Booklet Relics feature a pair of swatches on a book card. Base versions are numbered to 99 with a Premium Memorabilia parallel numbered out of 10. Base cards will also have signed and memorabilia versions numbered to various quantities. 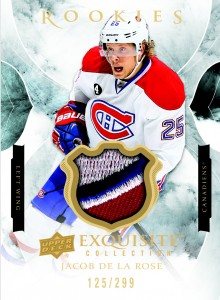 Every box of Black Diamond also comes with a one-card pack of Exquisite Hockey, which will be included in Upper Deck hockey products throughout the season. Exquisite base cards are numbered out of 149. Rookie Previews are broken into two tiers with a Spectrum parallel level. Material relic cards come in single, dual and quad editions. (#’d 49 or less for veterans, 149 or less for rookies).

Dave and Adam's is one of the largest sellers of trading cards and collectibles in the world. Located just outside of Buffalo NY, the company operates two retail stores as well as the e-commerce website www.dacardworld.com
View all posts by Dave and Adam's Card World →
Dave & Adam’s Buying Team: Chicago Comic Con recap
Carlos Correa inks exclusive deal with Topps