UPDATE (10/6): Upper Deck announced all autographs in Artifacts (except the rookie redmeptions) will be live.

Upper Deck Artifacts is the first hockey release of the year to be centered around memorabilia hits. The 2015-16 edition of Artifacts will have two fewer packs per box this year, but still have three memorabilia or autograph hits per box. 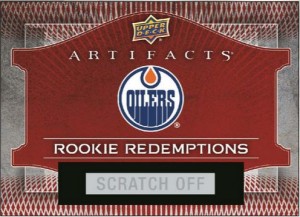 Artifacts will have an expanded offering of cards for the 2015-16 rookie class, including some of the top picks from 2015 NHL Draft. For the first time ever in Artifacts there will be parallel versions of base cards plus relic and auto relics. These will be available through Artifacts Rookie Redemptions that will land one per box.

These will be the first autograph and memorabilia rookie cards for some most anticipated prospects in recent history, including Connor McDavid, with their NHL teams. Each type of card will have it’s own array of parallel versions. Base cards will have five levels of colored parallels, including autographed Black Foil parallels. Relic and auto relics come with two memorabilia swatches each, and have four levels of parallels: Silver (Jersey-Jersey), Emerald (Jersey-Patch), Spectrum (Patch-Patch) and one-of-one Black Foil (Patch-Tag). The one-of-one Black Foil tag auto cards will be the ultimate find for collectors, and will likely command at least $10,000 in the secondary market once it’s found. 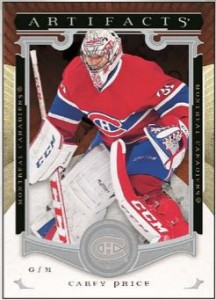 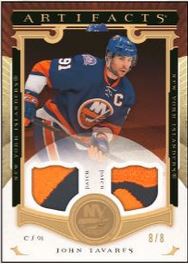 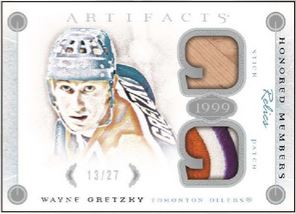 2015-16 Artifacts will see the launch of the new Honored Members insert set. This set will be released over the next three years with a total of 100 Hall of Famers included when all is said and done. Honored Members cards will be 140-point thick and printed on Acetate using Silver Spectrum Deco foil. Autographed versions will feature on-card signatures, and memorabilia versions will include two relic pieces. Both autos and mem cards will be numbered out of 27. Cut signature editions will be numbered to five or less. 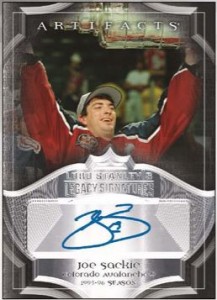 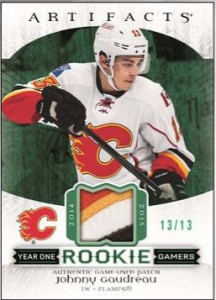 Lord Stanley’s Legacy is another set that pays tribute to players that have hoisted the Stanley Cup at some point during their career. Look for signed and memorabilia versions. Year One Rookie Gamers will include relics from game-used jerseys worn during a player’s rookie season. 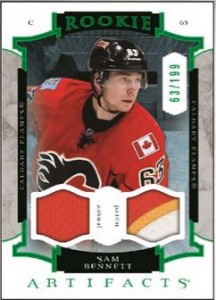 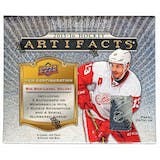 Dave and Adam's is one of the largest sellers of trading cards and collectibles in the world. Located just outside of Buffalo NY, the company operates two retail stores as well as the e-commerce website www.dacardworld.com
View all posts by Dave and Adam's Card World →
Manufacturer events planned for Dave & Adam’s retail superstore
2015 Leaf Superlative Hockey preview