By Dave and Adam's Card World on December 15, 2015 in Leaf, Sports Card News and New Products

In The Game’s Ultimate Hockey brand lives on with 2015-16 Leaf Ultimate Hockey. This high-end release overseen by ITG’s Brian Gray comes with six autograph or memorabilia hits per box. Every card comes packed in a protective holder. 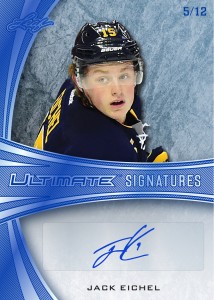 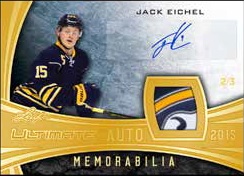 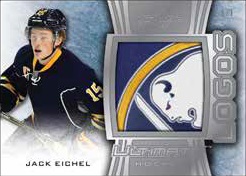 One of the biggest selling points for Leaf products this season is the chance to land autograph cards of Buffalo Sabres rookie Jack Eichel. Eichel is a Leaf exclusive when it comes to signed cards and each case will hold at least one Eichel rookie auto. 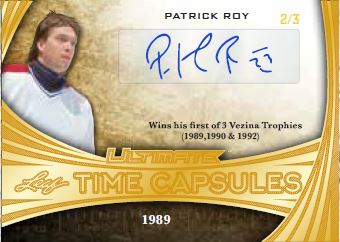 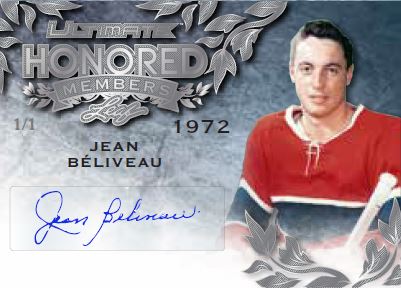 Additional autograph hits include Time Capsule Signatures, which highlight memorable moments in a player’s career. Honored Members autos feature players that have been inducted into the Hockey Hall of Fame. There is also the chance to land triple, quad and six autograph cards. 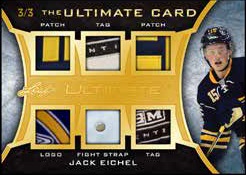 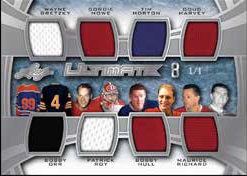 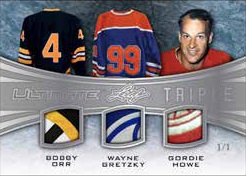 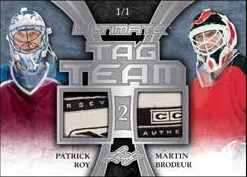 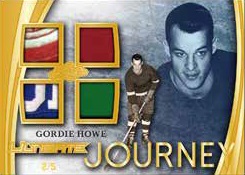 The “ultimate” memorabilia hit in Ultimate Hockey is called (not surprisingly) The Ultimate Card. Ultimate Cards contain six memorabilia swatches from one player, which could include patches, logos, jersey tag, fight strap, skates, gloves and more. Ultimate Equipment memorabilia cards are similar, but feature four relic hits with the chance to find pieces of sticks, jerseys, pads and more. Ultimate 8 provides the maximum amount of relic pieces in Ultimate Hockey with swatches from eight different players. Look for addition multi-relic his that can contain anywhere from two to six pieces of memorabilia. 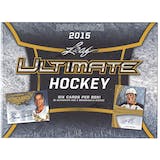 Dave and Adam's is one of the largest sellers of trading cards and collectibles in the world. Located just outside of Buffalo NY, the company operates two retail stores as well as the e-commerce website www.dacardworld.com
View all posts by Dave and Adam's Card World →
Dave & Adam’s lead comic buyer heads to Japan & Hawaii
What’s Up in The Lounge – December 16